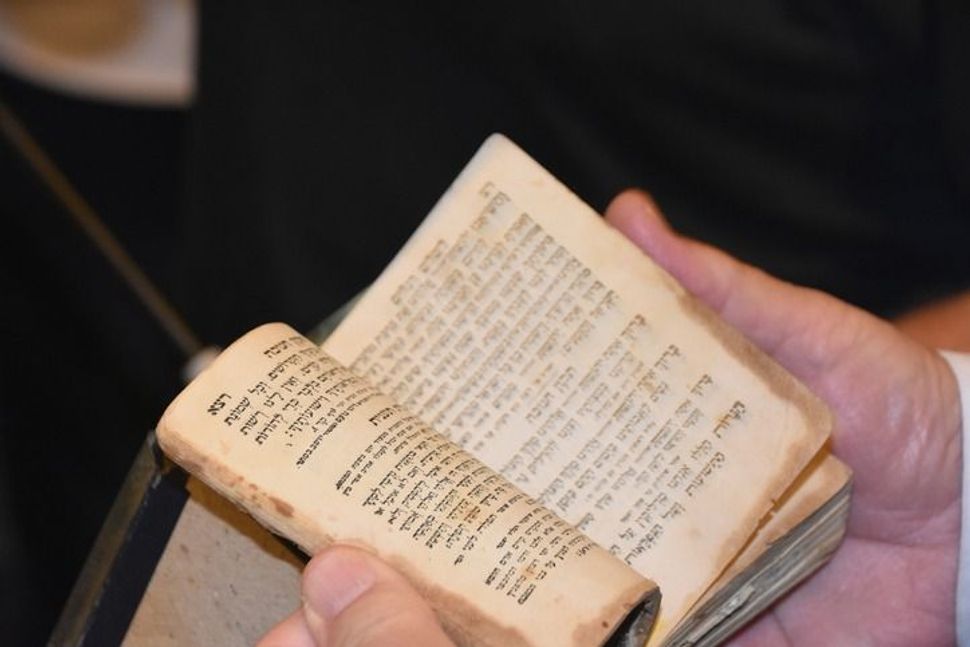 BERLIN (JTA) — Non-Jewish parents in Germany are picking names straight out of the Hebrew Bible for their newborns, and they might not even know it.

According to the Society for the German Language, Ben was the most popular name for boys in 2018, with Hannah, Lea, Noah and Jakob also showing up on the top ten lists for boys and girls, according to a report by Deutschlandradio. Four out of the top ten boys’ names, and five of the top ten girls names, have Hebrew origins.

But few non-Jewish parents actually know the meaning of such names – they just like how they sound, according to Frauke Rüdebusch, a linguist with the Society for the German Language, which has put out an annual list since 1977. The top ten lists through 2017 are available online.

Rüdebusch told Deutschlandradio that Hebrew biblical first names grew in popularity after the end of World War II, but became especially noticeable in the 1970s, and again in the last decade or two.

It might not be very surprising for Jews to pick such names, but in fact there may also be a trend within that small population of approximately 200,000, educator Elena Pavda of Kassel told Deutschlandradio.

Some 90 percent of Jews here come from families that emigrated to Germany from the former Soviet Union, where Jewish names could be a liability, said Pavda, who is Jewish.

“You always had to expect some kind of harassment. … [But] here in Germany you can [choose Jewish names], of course. And many do.”

According to Rüdebusch, a survey done several years ago showed that most people chose names based on how they sounded, rather than their origin.

But if they are curious, they might check the online magazine Wunderweib (“Wonder Woman”), which last summer listed its favorite Jewish biblical names complete with definitions.