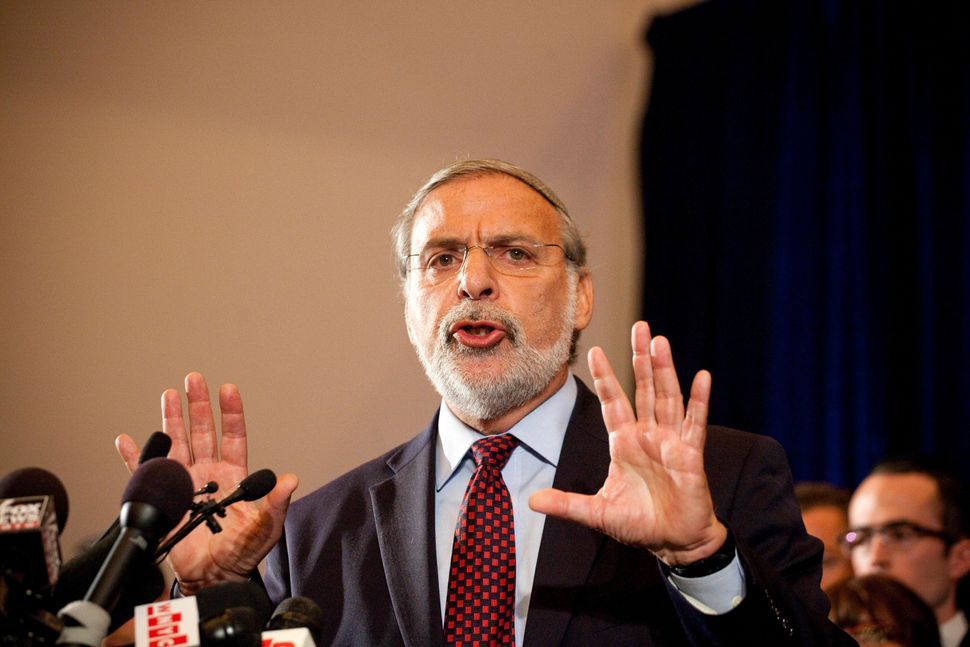 Protesters clashed in Brooklyn on Thursday night over a tweet by City Council member Kalman Yeger, who wrote Wednesday that “Palestine doesn’t exist,” according to the Daily News.

According to the Brooklyn Eagle, tensions between the small group of protesters and the larger body of counter-protesters grew so heated that police offered to ferry the protesters to their vehicles in police vans in order to separate the two sides.

The Wednesday tweet, directed at a reporter, drew condemnation from City Council speaker Corey Johnson and other city leaders. But Yeger stood by it, defending his claim, which is a common talking point among right-wing Israelis and supporters of Israel.

On Thursday evening, activist groups, including the New York City chapter of the Democratic Socialists of America, called a protest at Yeger’s office in the ultra-Orthodox neighborhood of Boro Park. The Brooklyn Eagle reported that the small anti-Yeger protest was met by a much larger group supporting Yeger.

According to the Brooklyn Eagle’s report, counter-protesters, including some identified as members of the extremist Jewish Defense League, surrounded one Muslim activist and yelled at her. Dov Hikind, a former member of the New York State Assembly, urged the counter-protest, according to Hamodia, and attended.

Hikind said that counter-protesters should meet the protest group “so that we do not allow a troupe of anti-Semites to run over our neighborhood and succeed in pronouncing their hatred unchallenged,” Hamodia reported.

Yeger, a first-term member of the City Council, defeated Hikind’s son, Yoni Hikind, in a heated campaign in 2017.