A vicious underground social media war is rocking a City Council race in the Brooklyn ultra-Orthodox neighborhood of Boro Park — and the nastiest blows are in Yiddish.

Waged largely on private WhatsApp groups, the fight between Kalman Yeger and Yoni Hikind is largely hidden from the general public. The combatants are largely anonymous, with no official ties to the two campaigns.

The result is cross between a hip hop beef and a meme war, with partisans trading diss tracks and web videos that bash the other side without any accountability.

“This is possibly one of the most nasty and personal campaigns I’ve seen,” said Michael Fragin, an Orthodox political analyst.

Yeger partisans have anonymously drawn attention to Hikind’s unmarried status, which is unusual among Orthodox Jews of his age. Meanwhile, Hikind supporters passed on false claims that the progressive Palestinian activist Linda Sarsour is backing Yeger, which she has denied. 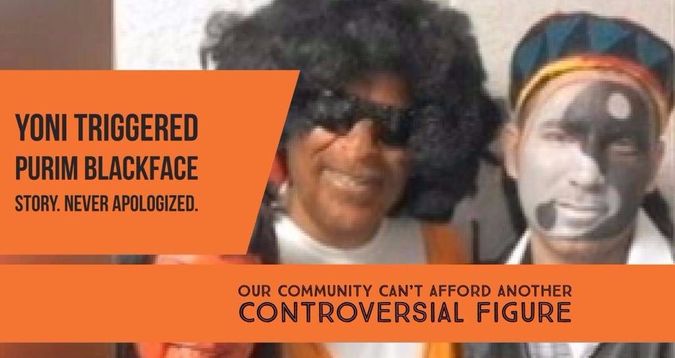 “The WhatsApp has taken over the political discourse,” said Jacob Kornbluh, a member of the Boro Park community who works as a political correspondent for the news website Jewish Insider. “The campaigns feel that in order to drive the message, they have to invest in this… You can never trace to where it came from.”

The campaign is the latest proxy skirmish in the long-running feud between outgoing City Councilman David Greenfield and longtime New York State Assemblyman Dov Hikind, who were allies before splitting bitterly years ago. Greenfield announced in July that he would leave the City Council at the end of the year to run a nonprofit. He passed on his Democratic party line to longtime political operative Kalman Yeger, who was able to bypass a primary contest.

Dov Hikind’s son, Yoni Hikind, who has worked as a social worker and therapist, announced his candidacy soon after. Hikind is running on the “Our Neighborhood” party line.

The race has sharply divided Boro Park, already splintered into countless small Orthodox factions. Yeger is seen as the institutional choice. Leaders of the Hasidic group known as Bobov 48, so named for the street where their headquarters is located, back him, as do heads of many local Orthodox yeshivas. But other smaller Hasidic groups back Hikind.

Yet the real action has been on social media and in Yiddish-language pamphlets and fliers away from the eyes of outsiders. “They’re going personal,” said one observer of the race.

The case of the apparently unauthorized pro-Yeger jingle is perhaps the most bizarre example.

The chorus of the catchy tune, which circulated on WhatsApp, includes the Yiddish lyrics: “Kalman has a wife, Kalman has a job… He doesn’t come with his father in tow.” All three are implicit ugly digs at Hikind over his lifestyle.

A person close to the Yeger campaign said that the campaign had not created the jingle, but he defended the jabs at Hikind’s unmarried status.

“The community is a community that its unique problems are based on people having multiple kids,” he said. “Nobody is raising an issue how he behaves.” He also noted that the jingle does not attack Hikind by name.

After the release of the pro-Yeger jingle, a music video featuring the jingle emerged in the WhatsApp groups. The video opens with Yeger’s campaign logo and images of Yeger at community events, and at first appears to be pro-Yeger propaganda. But the photos subtly shift in ways meant to poke fun at the candidate. Under the line about not coming “with his father in tow,” the video shows a picture of Yeger with Greenfield. Under the line about Yeger having a job, they show a picture of him making cotton candy. 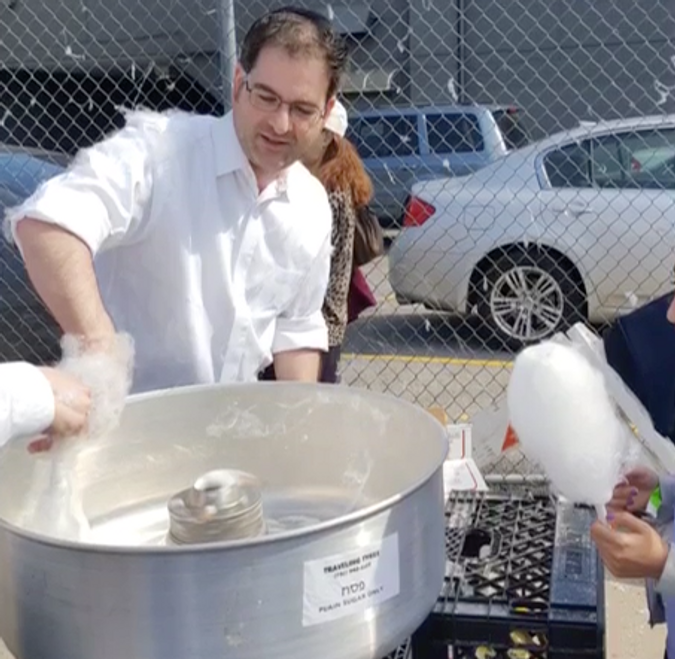 A still of Yeger making cotton candy from an anti-Yeger video. Image by WhatsApp

The attacks appear to have upset Hikind’s father Dov Hikind, who made a furious speech at a community meeting earlier this week.

“It’s a very serious thing in Judaism to speak evil, to be mean-spirited,” Dov Hikind said. “To undermine. To attack someone because they’re not married.”

Dov Hikind did not respond to a request for comment, nor did Yoni Hikind’s campaign manager. Yeger also could not be reached.

“[Dov Hikind is] very angry at the things that they say about Yoni,” the observer of the race told the Forward. “Takes it very personally.”

Insiders are split on whether a defeat for Hikind would shake his father’s decades-long hold on the neighborhood’s political scene. Hikind himself has always had the backing of communal institutions in his races. The person close to the Yeger campaign said that they could still back him in the future.

“They could be against Dov in this particular race, but tomorrow they will back him fully in his own race,” he said.

On Friday, the New York Post reported that Yoni Hikind had been employed by an Orthodox charity that had received donations from Dov Hikind’s campaign accounts.

Hikind’s campaign has raised $271,000 to Yeger’s $151,000, though observers say Yeger remains the frontrunner due to his institutional backing.

Kornbluh said he worried about the WhatsApp campaign’s effect on the discourse. “People are not being fed real information,” he said. “First thing I’m doing November 8 is, boom, delete WhatsApp.”