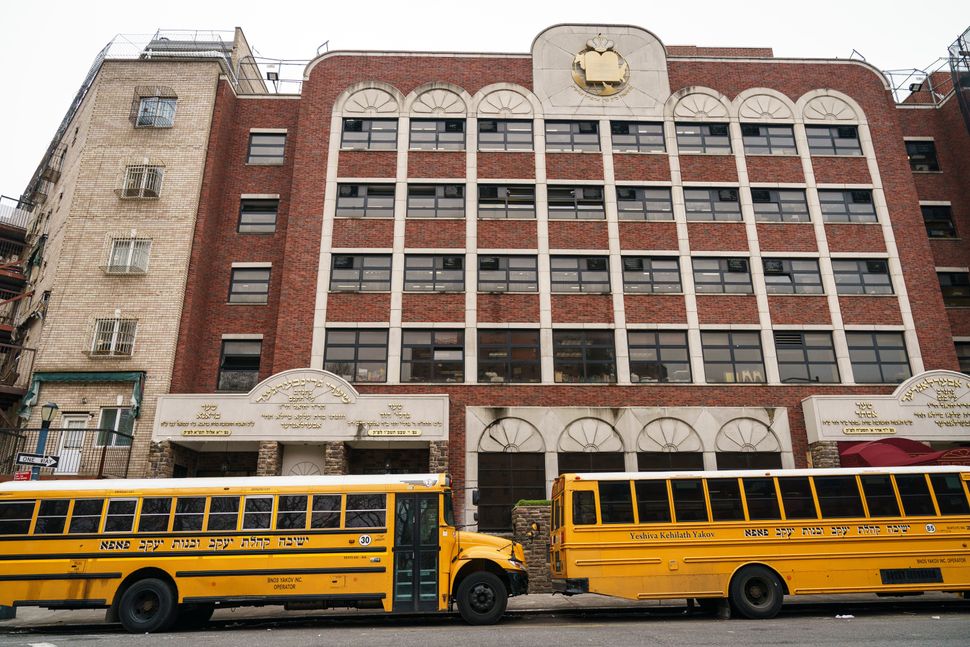 A yeshiva in the Williamsburg section of Brooklyn. Image by Getty Images

An Orthodox anti-vaccine group is circulating a digital pamphlet that quotes two of the most prominent rabbis in the ultra-Orthodox world, the New York Post reported Tuesday.

“These aren’t just local no-name rabbis,” one mother who identified herself as Breindy to the Post said, according to the paper. “As soon as I saw those names, I knew I wasn’t going to vaccinate my children.”

The pamphlet quotes rabbis Shmuel Kamenetsky and Chaim Kanievsky saying that yeshivas should allow unvaccinated children to attend. Kanievsky is one of Israel’s most revered rabbis; Kamenetsky leads a major ultra-Orthodox yeshiva, and is a member of the rabbinical leadership council of Agudath Israel of America, a major umbrella organization and advocacy group for Orthodox Jews.

Kamenetsky is a longtime critic of vaccines. The Forward reported in 2014 that he had called vaccines a “hoax.”