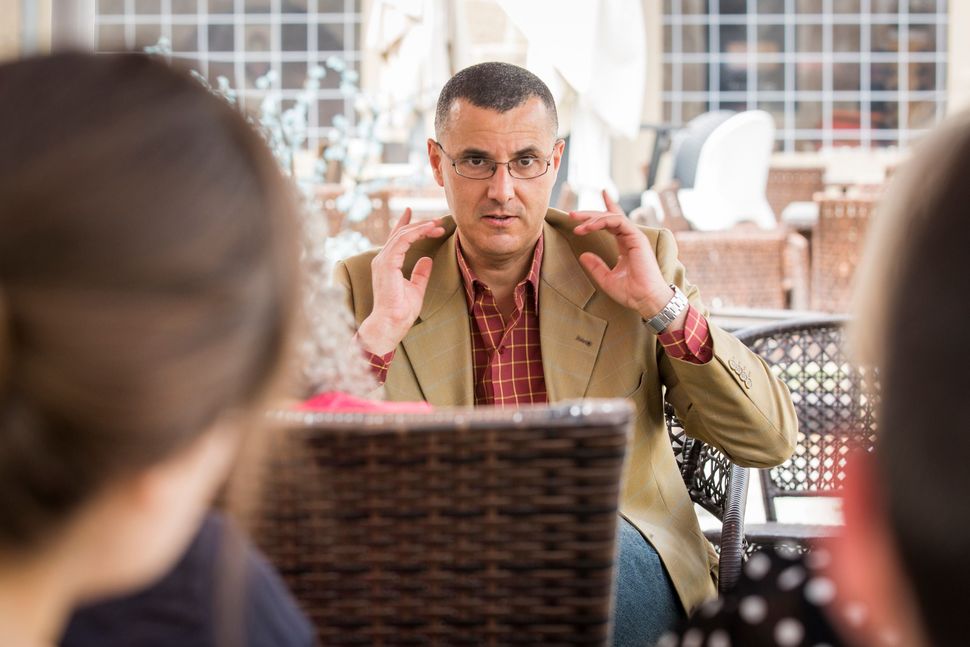 U.S. officials barred Omar Barghouti, the Palestinian activist who co-founded the boycott, divestment, and sanctions movement, from traveling to the U.S. on Wednesday, NPR reported

Barghouti was scheduled to speak at a number of events, including one on Thursday in Washington, D.C., alongside Forward columnist Peter Beinart. Barghouti was also planning to attend his daughter’s wedding.

“It is disturbing that policymakers and the American people will not have the opportunity to hear from Omar directly about his views,” James Zogby, the president of the Arab American Institute, which arranged his travel, told NPR.

According to NPR, airline officials at Ben Gurion Airport told Barghouti that he would not be permitted to fly. The Arab American Institute told NPR that Barghouti had valid travel documents.

Barghouti is a major leader in the BDS movement, and was one of its founders.

The decision to bar Barghouti from visiting the U.S. drew immediate condemnation from Debra Shushan, director of policy and government relations at Americans for Peace Now. “This move by the US govt is outrageous,” Shushan tweeted.

On Thursday morning, Barghouti appears to have appeared via livestream at the scheduled panel with Beinart.