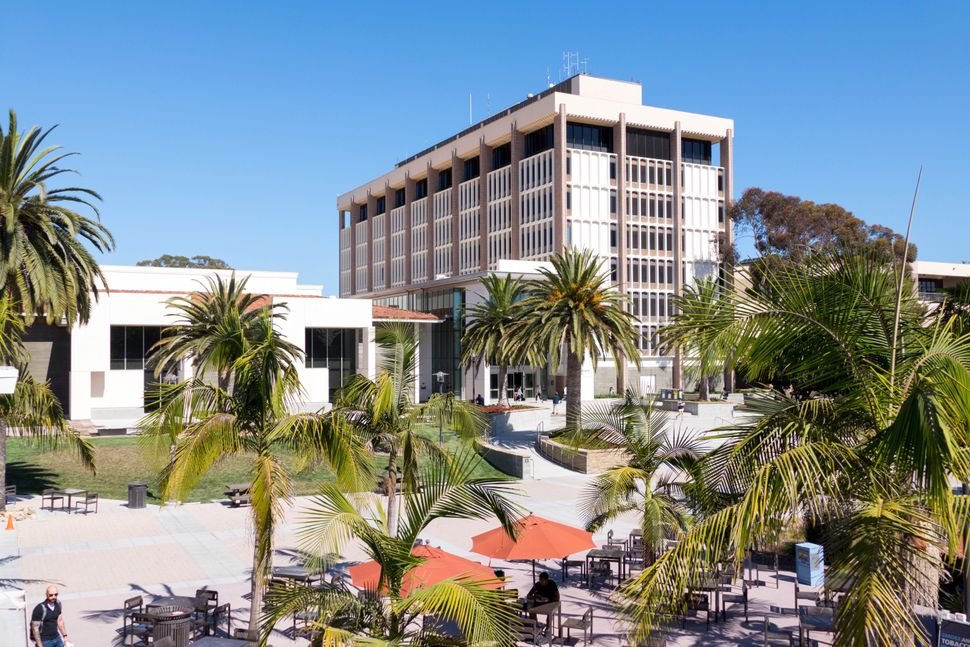 (JTA) — The student government at the University of California, Santa Barbara rejected an Israel divestment resolution.

Santa Barbara is the only school in the University of California system whose student government has not passed a divestment proposal targeting Israel, according to the student newspaper, the Daily Nexus. It marked the sixth time in seven years that an Israel divestment resolution has failed.

The latest fell in a 14-10 vote at 5 a.m. Thursday in a secret ballot following debate that started the previous evening.

The measure before the Associated Students of UC Santa Barbara, titled “A Resolution to Divest From Companies that Profit From Human Rights Violations in Israel/Palestine,” called on the student government’s advisory committee, the university and its treasury, and the UC Regents to withdraw investments from companies that profit from alleged human rights violations by the Israeli government against the Palestinian people.

About 100 students spoke at the meeting, with some calling the resolution inherently anti-Semitic, according to the Daily Nexus.

The university has some money invested in the companies named in the resolution, according to the student newspaper. Some of the student speakers said they did not want their tuition money to “fund the oppression of Palestinian people.”

“Resolutions like this one have only served to harm students and hinder efforts to bring Israelis and Palestinians together,” said Max Samarov, a UCSB alum and the executive director of Research & Strategy at StandWithUs, an Israel advocacy and education organization. Samarov attended the student government meeting.