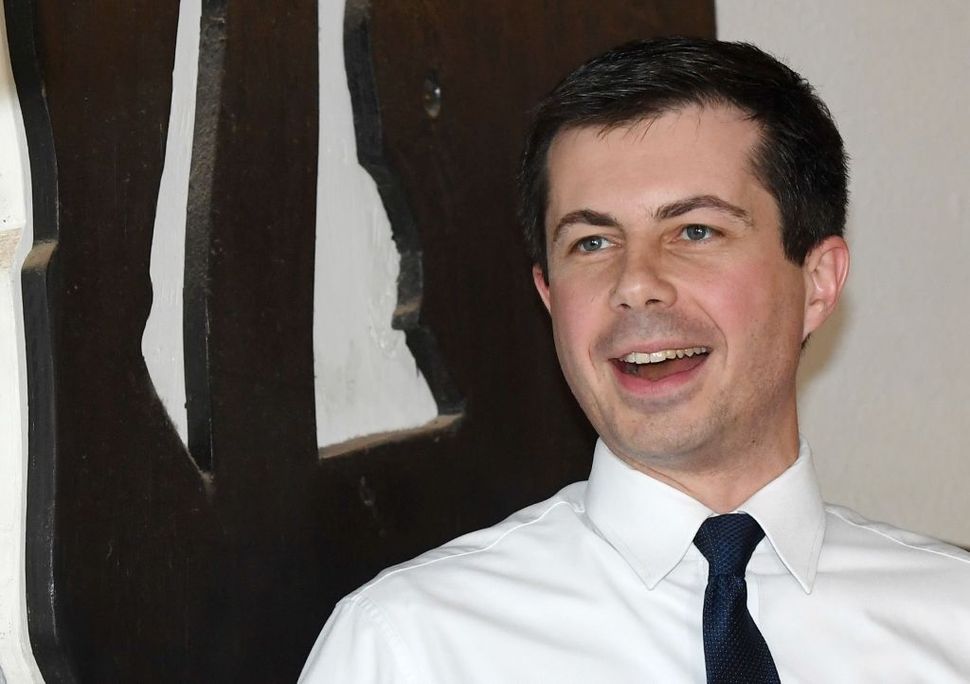 WASHINGTON (JTA) — The dark horse Democratic presidential campaign of Pete Buttigieg, the mayor of South Bend, Indiana, got a pro-Israel boost with the endorsement of Steve Grossman, the former president of the American Israel Public Affairs Committee.

Grossman, who in the 1990s was chairman of the Democratic National Committee as well as AIPAC president, told the Boston Globe on Thursday that Buttigieg “has the capacity to be the beacon for an awful lot of people who really feel a deep, deep sense of concern.”

Grossman, who heads a marketing group and a non-profit that trains inner-city entrepreneurs, was earlier this decade Massachusetts state Treasurer and ran an unsuccessful campaign for governor. His endorsement of Buttigieg gives the candidate, who has already surprised his rivals with solid fund-raising and campaigning skills, a boost with the party’s establishment.

It also draws Buttigieg closer to the mainstream pro-Israel movement at a time that a split is emerging within the Democratic Party on how to relate to Israel. Buttigieg already has a relationship with the American Jewish Committee, having participated last year in that group’s Project Interchange tour of Israel.

Grossman has known Buttigieg for two years, ever since the small town mayor emerged to prominence with a surprisingly strong run for Grossman’s old job, DNC chairman. Grossman backed Buttigieg, who ultimately withdrew from that race.

Grossman, who previously indicated he would back the campaign of Sen. Elizabeth Warren of Massachusetts, called Buttigieg, 37, “a Midwestern, down-to-earth, smart, savvy, in-touch candidate who will continue to grow,” saying he had what it takes to win back industrial states that Hillary Clinton — whom Grossman backed — lost in the 2016 election.

“I’m so grateful to have Steve’s support, and I look forward to having him in our corner as we continue to grow and build momentum,” Buttigieg said in a statement to the Globe.