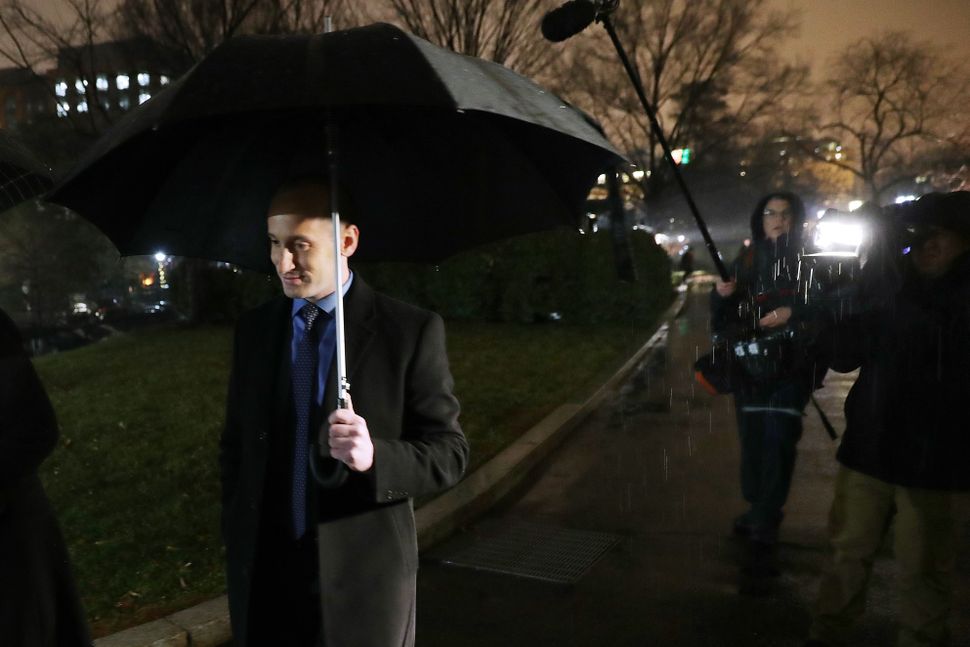 Democratic lawmakers are demanding that Stephen Miller, the Trump White House advisor reported to be the animating figure behind a string of controversial policies, appear soon before the House of Representatives.

“It’s clear that he’s the one pulling the strings,” Rep. Kathleen Rice of New York told the Washington Post. “And if he’s going to continue advocating for these policies and personnel changes, then he needs to come before the American people and explain himself. He has to be held accountable.”

Miller, once seen as close to former Trump advisor Steve Bannon, has outlasted generations of White House aides. He was reportedly central to the policy that resulted in the separation of thousands of immigrant children from their parents at the U.S. border, and in a recently-uncovered White House plan to ship immigration detainees to so-called “sanctuary cities” to be released.

Rep. Jerry Nadler, chair of the House Judiciary Committee, has also called for Miller to testify, according to the Washington Post.

It’s unclear if the House has the power to compel Miller’s testimony. The administration could claim executive privilege to keep him out of the House committee rooms, as other administrations have done in the past. But Rice told the Post that there was no rational reason for him not to testify.

“You cannot have the architect for these illegal policies act with complete impunity and no accountability,” Rice told the paper.