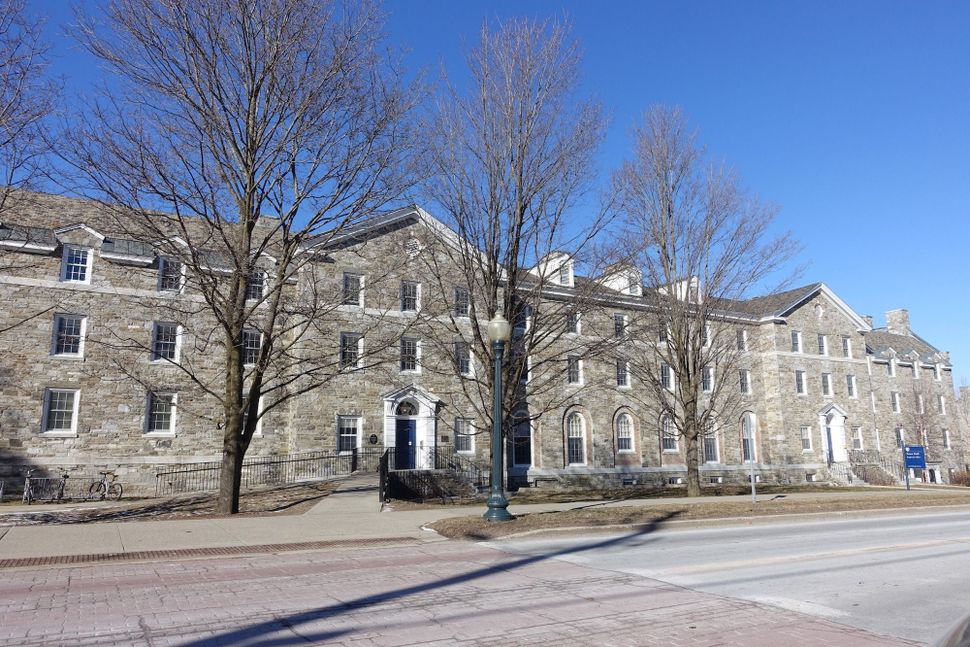 A chemistry professor at Middlebury College in Vermont has taken a leave of absence after asking students in a test to calculate the lethal dose of poison gas used by the Nazis in the Holocaust.

The test, issued at the beginning of the month, described hydrogen cyanide as “a poisonous gas, which Nazi Germany used to horrific ends in the gas chambers during The Holocaust,” and asked students to calculate how much of the compound it would take to provide a lethal dose in a room of a given size and temperature, and what the mass of air in the room would be.

“I was pretty rattled when I saw the question, as the Holocaust is not something to make light of, especially since I am Jewish and the problem involved us calculating how much poisonous gas you would need to kill people in a room,” one student told The Middlebury Campus, the student newspaper.

Middlebury College president Laurie L. Patton said in a statement on April 10 that the school was investigating the incident and the professor, Jeff Byers, who also offered an apology. “My students came to my class trusting that I would provide them with a supportive learning environment for a challenging curriculum,” Byers, who has taught at the school for 33 years, said in a statement. “I failed them, and, in doing so, compromised their ability to focus on learning the subject matter I have devoted my career to teaching.”

The college’s review of Byers has already found an objectionable question in a test last year about the Ku Klux Klan, the Associated Press reported.

The first news story revealing the existence of the Holocaust-themed test question was originally published by The Daily Noodle, a satirical campus website, which published a picture of the test in an article titled “Chem 103 Students Claim Professor is a ‘Real Nazi’ About Grading.” The college’s first response was in an email from its Community Bias Response Team, criticizing both the test question and the Noodle’s satirical take, which it said “caused additional harm.” In response, the Noodle published a follow-up article titled “Community Bias Response Team Gets Mad at Noodle For Making Them Do Their Job.”

More students were concerned this week when a different professor displayed a cartoon that appeared to make light of slavery. That professor has since apologized.

Around 350 Jewish undergrads attend the 2,500-student school, according to the Forward College Guide.