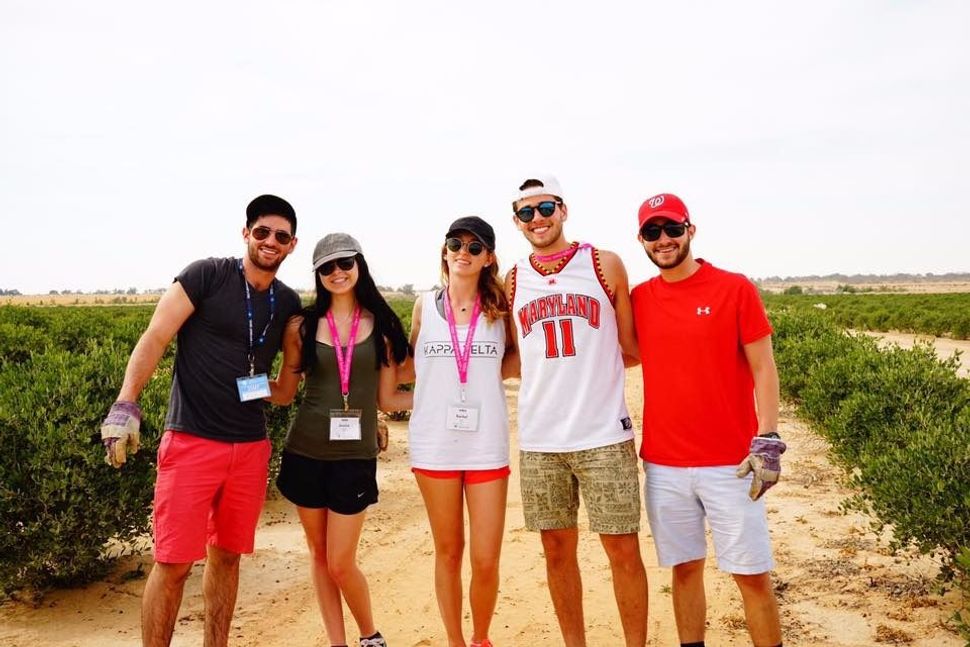 Jewish students from Hillel at the University of Maryland, College Park. Image by Maryland Hillel

On Wednesday, the Student Government Association is set to vote on a bill that calls on the university to divest from companies doing business in Israel that “are contributing to and/or exacerbating egregious human rights violations in occupied Palestine.”

The student government told Fox News that it was not possible to move the vote since Wednesday is the last day of the association’s legislative session when bills are heard.

A university representative told The Jewish Journal that it “regrets” the date of the vote because “[i]t limits the full participation by all students in voting on the measure — itself inconsistent with the free exchange of ideas.” The representative also said that it “respects our students’ right to debate and act on the question of Boycotts, Divestment, and Sanctions (BDS) of the nation of Israel.”

Elan Burman, capital campaign director at the university’s Hillel, criticized the vote’s scheduling in an email to the community, according to the Algemeiner.

“The timing of this resolution is particularly insensitive given that many Jewish students will be away from campus this weekend for Passover, and will be celebrating the intermediary days of the holiday when the vote takes place,” Burman wrote.

In 2017, the university’s student government scrapped a BDS bill before it came to a vote.