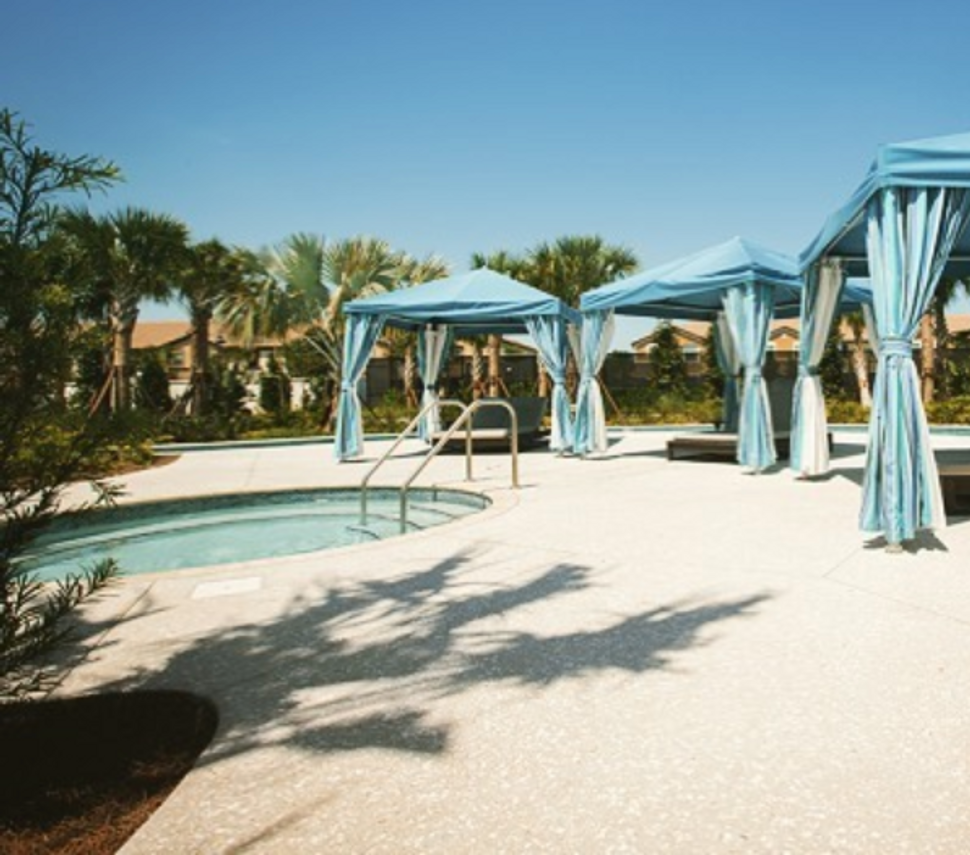 Image by A Different Pesach Program/Instagram

Hundreds of people hoping for a fun Passover retreat were left stranded in Florida after the organizer failed to pay for more than $75,000 in goods and services, the New York Jewish Week reported Wednesday.

Many Jewish families travel throughout the world for all-inclusive kosher-for-Passover stays at resorts. One experience, called “A Different Pesach Program,” promised seders and kosher meals for eight days in Orlando, where families could rent villas in a private estate. But the owner of the program, Ben Atkin, appears not to have paid many of the vendors – which guests discovered Sunday when the local sheriff were ordered evicted from their rentals.

“That was our first inkling that there was a problem,” guest Harriet Kahn told the Jewish Week. “And that was a big inkling.”

The resort staff informed organizers on Friday that they were owed $50,000 for use of the estate’s common areas. Atkin reportedly wrote them a check but asked them to wait until Monday to deposit it. They waited – and the check bounced. Other alleged creditors have also since emerged.

Atkin’s whereabouts are currently unknown, and the people he hired to run the event have been forced to cover many expenses out of their own pockets to keep things running, the Jewish Week reported.

“Not only are we owed money for the work we’ve done, but we’re also in arrears for things that we’ve personally paid [for],” said operation manager Brian Goldberg.

A similar issue appears to have occurred in 2003 when 450 people were evicted from a Passover resort event Atkin ran, according to the Orlando Sentinel.

This is far from the first time Passover guests have been hoodwinked by surprise bills – in 2017, a Mexican resort refused to let Passover guests leave unless they paid tens of thousands of dollars each for bills they said they were owed.