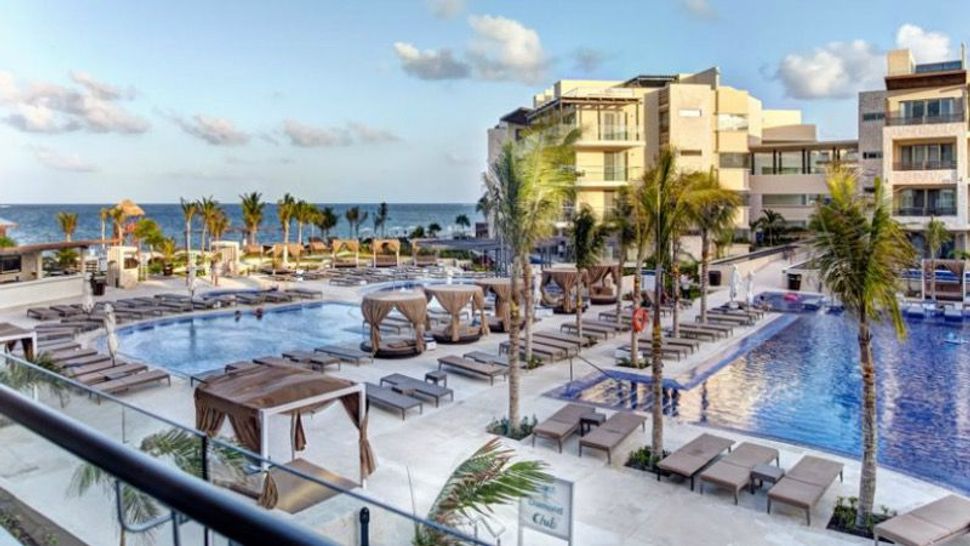 The Royalton Riviera Cancun Hotel, where the Passover Paradise Program was held.

When guests attempted to check out of the Royalton Riviera Cancun hotel on April 19 — the last day of a Passover program hosted by a travel group called Passover Paradise — they were told that they couldn’t leave until they paid tens of thousands of dollars each.

According to the hotel, the Passover Paradise program had declined to cover the costs and guests were slapped with huge bills. (Those who were forced to pay are disputing the charges with their credit card companies.)

This was reported late April 19 on Facebook by Elan Kornblum, publisher of GreatKosherRestaurants.com, who posted a copy of a letter sent to the general manager of the Royalton Riviera hotel, Mauricio Zarate, from Tzvi Finman of the Finman Law Firm in Houston, Texas.

“It has come to my attention that you have [taken] the action of detaining 565 guests as well as numerous staff of Passover Paradise,” wrote Finman, who was retained by Passover Paradise, “refusing to allow them to leave your property without unjustly paying imagined charges owed to you.” 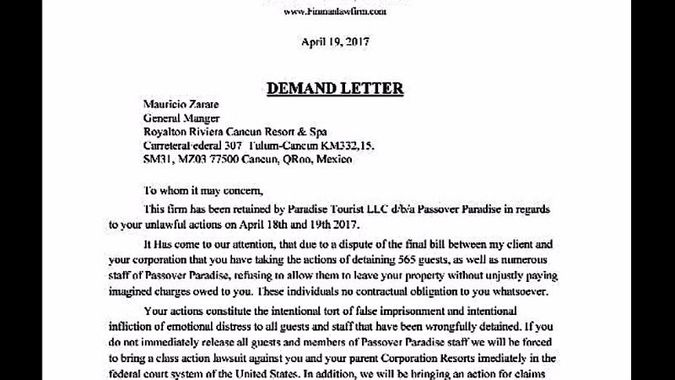 The letter sent to the general manager of the Royalton Riviera from a Texas lawfirm retained by Passover Paradise. Image by Facebook

The letter, dated April 19, 2017, goes on to say, “I hereby demand the immediate release of all staff and guests of Passover paradise and the refunding of any and all charges unjustly levied against guests of Passover.”

Evidently, the letter served its purpose.

“The scare is over. Everyone is home safe,” according to a spokesperson at Passover Paradise who asked to remain anonymous. “That was a very big scare yesterday.” 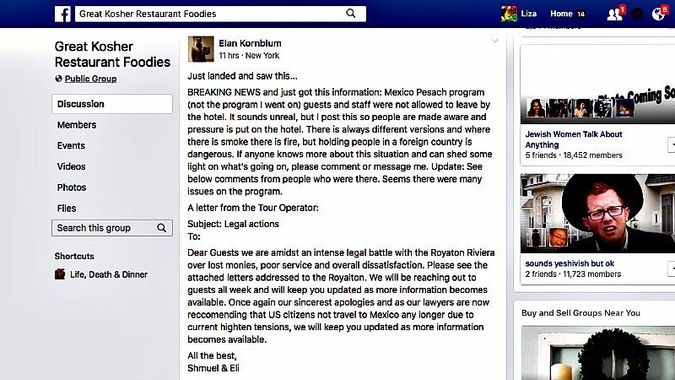 “I was at this program and the above is 100% true,” wrote Dina Wohl. “I checked out at 11 a.m. and had no problems. People checking out after 1 p.m. were not released without payment of however much the hotel decided ($30k–$40k). The hotel is a mile off the main road and there is tight security so there is no way of just walking off.”

She went on to write, “Whether the balance owed by the program is legit or not, or fabricated by the hotel as the program claims we have no way of knowing. But there was an unpaid balance left by the program and so guests had to contribute payment to that before they were allowed to leave.”

“We have proof that we paid everything under the contract,” the Passover Paradise representative said. “We paid the contract, the full bill. We paid 30 days in advance. People are checking out, they’re charging people ridiculous amounts of money, holding them hostage.”

While a request for comment from Finman Law Firm was declined, the spokesperson for Passover Paradise said, “I’m going to go after them. I have a responsibility to my guests, and to defend my business. If they have an issue they should have an issue with me, not my guests.”

In response to requests for comment, the Royalton responded by email, saying, “We consider the allegations in this letter to be completely false and our legal team looks forward to clarifying these misrepresentations.”