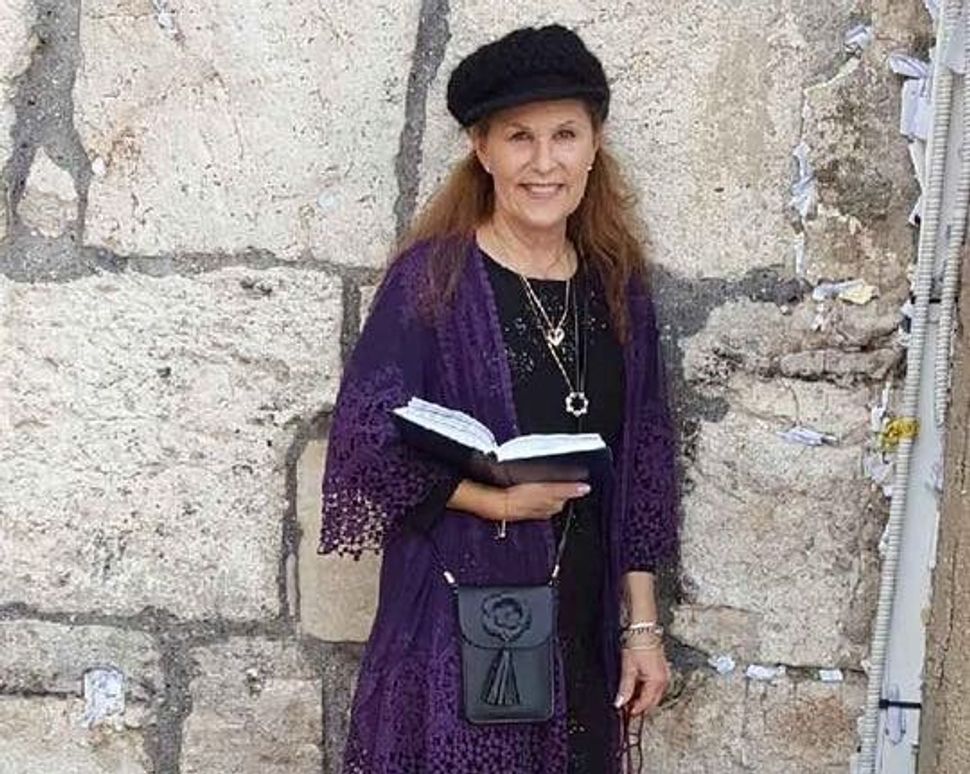 POWAY, California (JTA) — Lori Gilbert-Kaye will be memorialized at the synagogue where she was shot to death during Saturday morning services in what’s being called a hate crime.

The memorial will take place at 2 p.m. Monday, Pacific time, at Chabad of Poway, in this town north of San Diego. A short graveside service will follow at El Camino Memorial Park in San Diego.

Gilbert-Kaye, 60, was the sole fatality in Saturday’s shooting. Three others were injured, including Rabbi Yisroel Goldstein, who was shot in the hand and lost a finger in the incident. Reports said Gilbert-Kaye was slain while shielding Goldstein.

“It’s going to be probably the hardest day of my career,” Goldstein, both hands in a blue cast, told reporters, speaking briefly Sunday afternoon in front of Chabad of Poway. “Tomorrow we’re going to salute Lori, salute her life.”

The gunman, John Earnest, 19, was charged Sunday with one count of first-degree murder and three counts of attempted murder.

Goldstein also announced that he, together with Poway Mayor Steve Vaus, would lead a community vigil at 7 p.m. on Sunday at Valle Verde Park in Poway.