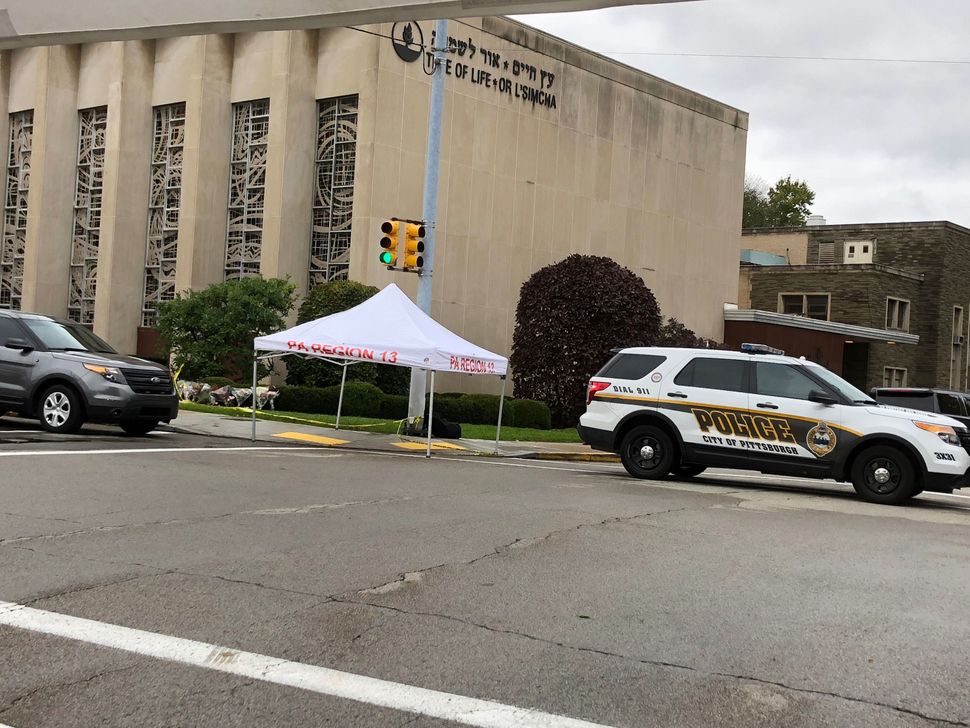 POWAY, California (JTA) — Poway’s mayor said preparations made in the aftermath of the massacre at a Pittsburgh synagogue “contributed to saving lives” in his hometown.

On Saturday, a gunman entered Chabad of Poway, killing Lori Gilbert-Kaye, a 60-year-old congregant, and injuring three others, including Rabbi Yisroel Goldstein, the congregation’s spiritual leader.

Following the October attack at the Tree of Life synagogue complex in Pittsburgh, Mayor Steve Vaus and the San Diego County Sheriff’s Department met with Jewish leaders at Chabad of Poway to discuss best practices for an active shooter situation, the mayor said Sunday.

“We memorialized the victims of the Tree of Life massacre, and then we gave them tips about what to do if hate comes knocking at the door,” Vaus said Sunday in an interview with the Jewish Telegraphic Agency. “Tips like, if you can run away, run away; if you can hide, hide; if you can’t hide, challenge the shooter.’”

During Saturday’s shooting in Poway, “all of that happened,” the mayor said, “and I have no doubt that that meeting contributed to saving lives.”

The Oct. 27 attack in Pittsburgh, allegedly carried out by a white supremacist, killed 11 worshippers, the worst anti-Semitic attack in U.S. history. The briefing in Poway took place two days later.

The mayor praised one Chabad congregant, an off-duty border patrol agent who he said was able to gain access to a weapon not on his person.

The Poway attack, which took place six months to the day after the Pittsburgh synagogue shooting, is being treated as a hate crime. The 19-year-old gunman, identified as John Earnest, has been charged with one count of first-degree murder and three counts of attempted murder.