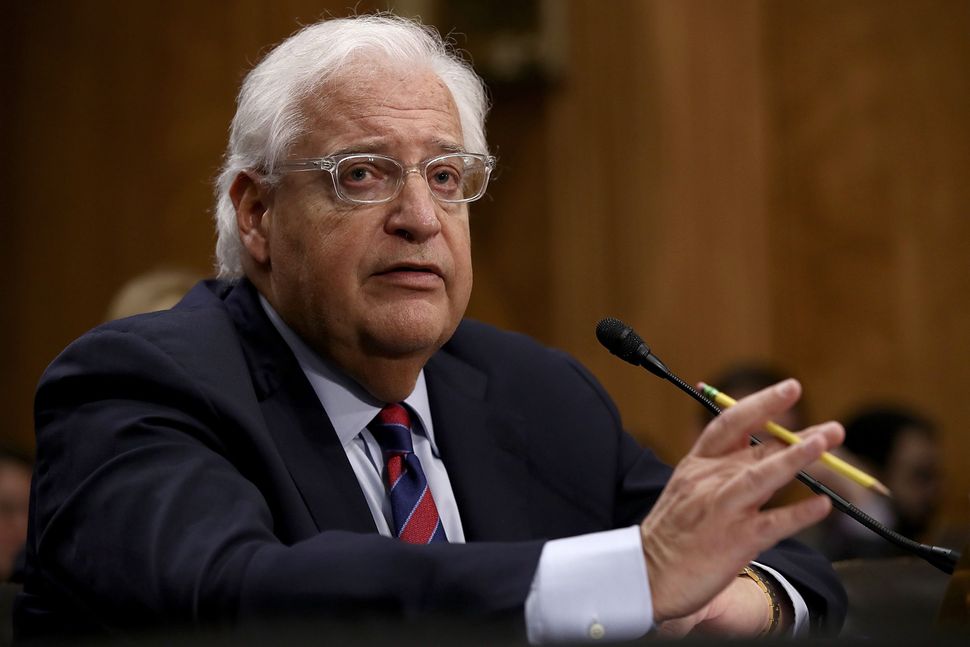 A video of the incident, which was acquired by the Israeli network Kan, showed Friedman visiting the Ponovezh Yeshiva, one of the most prominent Jewish religious educational institutions in the world. While there, according to Israel National News, one of the leaders of the yeshiva, Rabbi Baruch Dov Povarsky, said that Trump was “a true friend of Israel.”

“The question is what will be two years from now, or less than two years from now,” Friedman responded. “Because what we see on the other side, on the Left, is very frightening. So you need to bless us that we will be successful again. We need all the blessings, from all of Bnei Brak.”

In excellent, fluent Hebrew US Ambassador David Friedman asks a prominent Israeli rabbi for a blessing for Trump’s re-election ‘because what we see on the other side is very frightening.’ pic.twitter.com/EloYN1CsEx

“Everything comes from Heaven,” Povarsky said.

“So help us out, you’re closer,” Friedman responded.

State Department employees like Friedman are supposed to be neutral about American elections and domestic policy, though they are also expected to advocate for the American government’s positions.

Friedman worked as Trump’s bankruptcy attorney before being confirmed as ambassador to Israel in 2017. In his previous role as a columnist for Israel National News, he was critical of the Israel policies of former President Barack Obama and the dovish lobby J Street. He is one of four people responsible for planning Trump’s Middle East peace plan, but has been criticized by Palestinian leaders for being overly partial to the Israeli side.