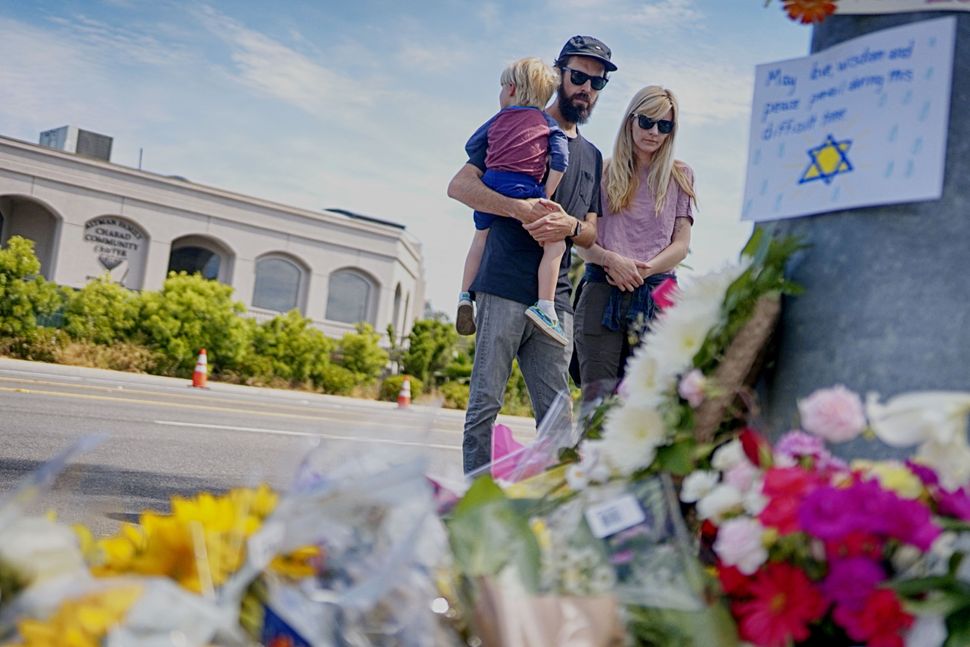 Visitors to a memorial outside Chabad of Poway. Image by Getty

California Governor Gavin Newsom is proposing to earmark $15 million in his next budget to supporting security efforts at places of worship, the Los Angeles Times reported.

The announcement came on the same day that Rabbi Yisroel Goldstein, the rabbi injured in the attack on Chabad of Poway Saturday, said that increased support for funding security updates at his synagogue “could have made a difference.”

On Monday, Newsom said he plans to set aside the money for California’s “State Nonprofit Security Grant Program.” The program funds security updates for non-profit organizations that are the potential targets of hate crimes, such as religious institutions, community centers, LGBT institutions and advocacy groups. The program has been funded at much lower levels in previous years.

Newsom announced the boosted funding after the California Legislature’s Jewish Caucus requested the $15 million amount. Last year the program was allocated $500,000. If approved, this level of funding will be the largest in the program’s history, the Times said.

Experts in synagogue security are now saying all synagogues should employ armed guards at their doors — and keep their doors locked. But security can be prohibitively expensive for many synagogues — larger institutions spend hundreds of thousands of dollars every year on security.

While in previous years grants for California’s program have maxed out at $75,000, lawmakers said Monday that they hope to increase the cap to $200,000. The program has been traditionally used to pay for upgraded security facilities and technology. One Chabad center in New York spent over $150,000 updating its security systems.