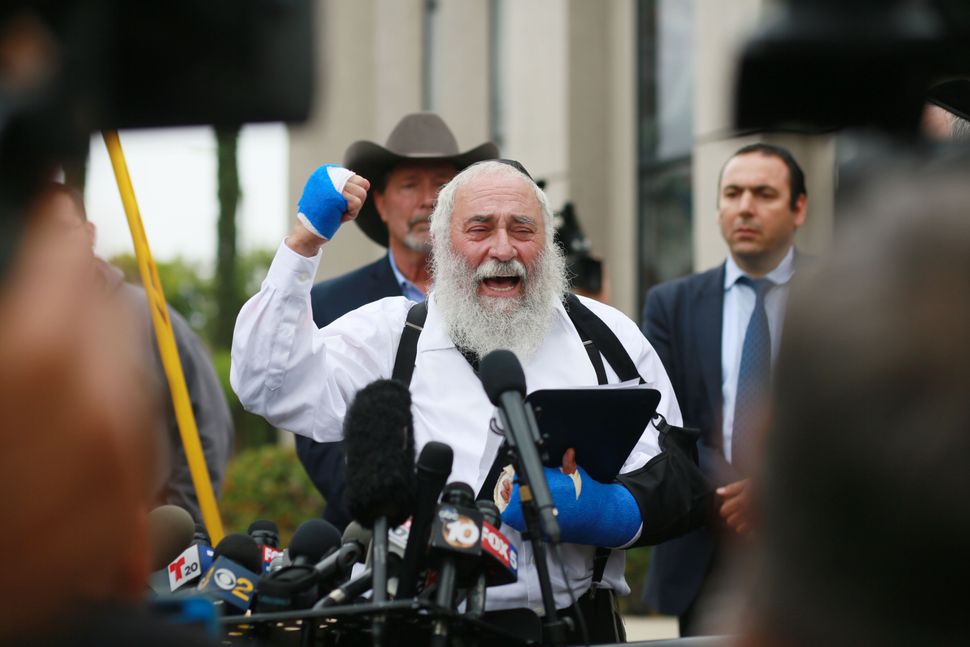 Chabad of Poway, where three people were injured and one killed in a shooting Saturday, wanted armed security guards but couldn’t afford it, its rabbi told TIME Magazine.

Rabbi Yisroel Goldstein, whose hands were damaged during the attack, said that he had been fearful of an attack on his synagogue in the wake of the shooting at the Tree of Life synagogue in Pittsburgh, last October, which left 11 dead. But he was unable to gather enough funding to hire armed security guards because of an aging and dwindling population at his synagogue. News reports said that there were about 75 people in attendance when the attack happened.

“Most of our elderly members are dying out. The younger members are not joining, so financially we don’t have a budget to pay for security guards,” Goldstein said. “If funds were made available for houses of worship, that could have made a difference.”

The synagogue asked congregants and other volunteers with gun licenses to sit in the sanctuary and stand guard. But, Goldstein said, after six months, the synagogue got “complacent.” There was no armed guard on the day of the shooting.

Experts in synagogue security are now saying all synagogues should employ armed guards at their doors — and keep their doors locked. But security can be prohibitively expensive for many synagogues — larger institutions spend hundreds of thousands of dollars every year on security.

To lower costs, some security experts are advocating that congregations have members obtain gun carry licenses to guard their own synagogues. Others say that only trained professionals can protect against a chaotic active shooter situation efficiently and safely.

On Monday, California’s governor announced that his budget will include $15 million for a program that funds security system updates at houses of worship.