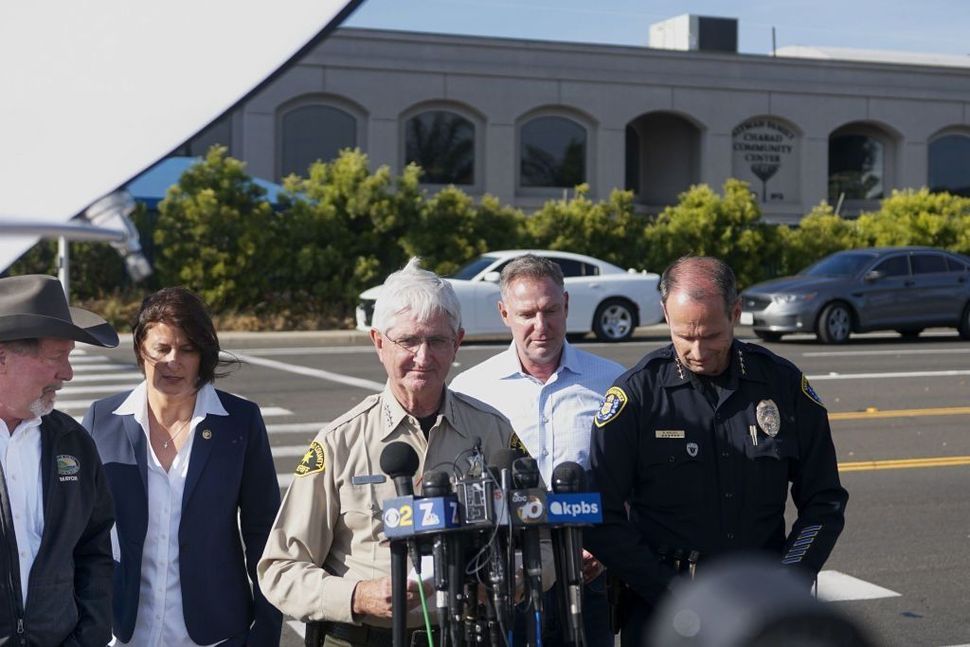 San Diego County Sheriff Bill Gore addresses the media in front of the Chabad of Poway Synagogue after a shooting on April 27, 2019 in Poway, California. Image by SANDY HUFFAKER/AFP/Getty Images

The man charged with murder and attempted murder for killing one person and injuring three more at a Poway, California synagogue on Saturday was also charged with setting fire to a nearby mosque last month.

John Earnest, 19, was given a charge of “use of explosives in acts of terrorism in specified places” in connection to the unsolved fire set to the Dar-ul-Arqam mosque in Escondido. A manifesto published in Earnest’s name shortly before the shooting took credit for the arson, whose perpetrator allegedly left a note praising the New Zealand mosque shooting suspect. The Poway manifesto also praised the New Zealand gunman, as well as the man accused of killing 11 in a Pittsburgh synagogue last year.

State prosecutors say that because Lori Kaye, who died in the shooting, was “intentionally killed because of her religion,” Earnest could receive the death penalty, though California Governor Gavin Newsom issued a moratorium on the practice last month.