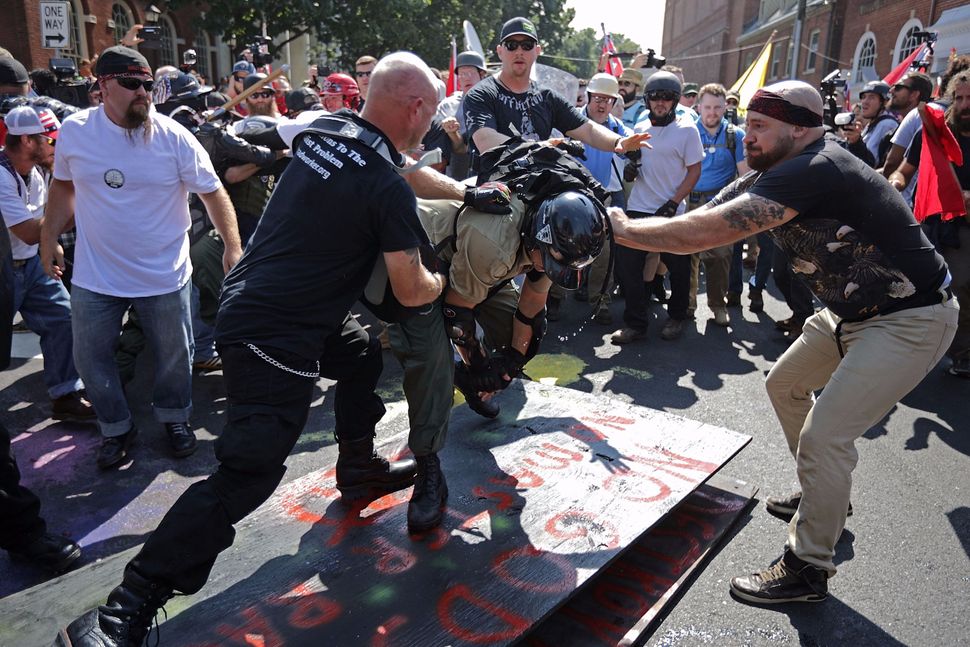 Four members of a now-defunct white supremacist group have pleaded guilty to rioting charges in connection to the violence amid the 2017 “Unite the Right” rally in Charlottesville, Virginia, the Department of Justice announced last week.

The white supremacists “trained to engage in violent confrontations and attended the Unite the Right Rally with the expectation of provoking physical conflict with counter-protestors that would lead to riots,” the FBI said in a statement.

Charging documents stated that RAM members had trained for months in hand-to-hand combat in order to prepare for confrontations in Charlottesville and other political rallies, BuzzFeed News reported. When the RAM members arrived in Charlottesville, they allegedly bought athletic tape from Walmart to wrap their wrists. The documents describe RAM members attacking counter-protesters by punching, kicking, pushing, choking, headbutting and hitting them with tiki torches.

“Although the First Amendment protects an organization’s right to express abhorrent political views, it does not authorize senseless violence in furtherance of a political agenda,” United States District Attorney Thomas T. Cullen said in a statement.

According to ProPublica, Robert Bowers, the alleged perpetrator of a massacre at a Pittsburgh synagogue last year, was a supporter of RAM and had posted a message on the far-right social media platform Gab criticizing the prosecutions.