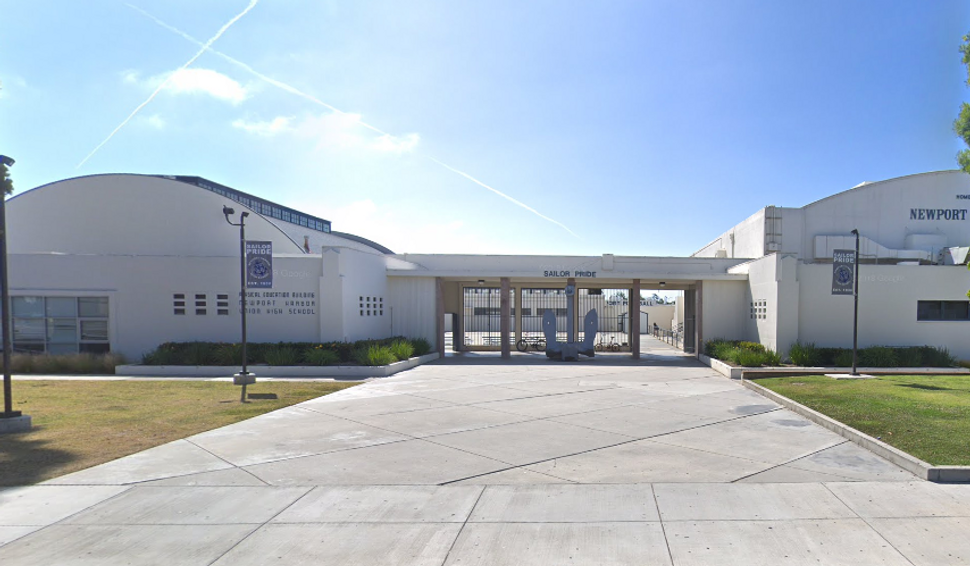 A 22-year-old woman has been charged with posting neo-Nazi propaganda on the walls of an Orange County, California high school earlier this year, the Orange County Register reported Monday.

Grace Elisabeth Ziesmer is accused of two counts of graffiti and one count of vandalism, which allegedly took place at Newport Harbor High School as well as on light poles near Fullerton College.

Ziesmer is not being charged with a hate crime because prosecutors didn’t think they could prove that her actions were “directed at a particular victim for being Jewish” or “at the schools because of their connection with the Jewish people or the Jewish religion,” the Orange County district attorney’s office said.

Students at Newport Harbor High School were caught on social media doing Hitler salutes and playing a swastika-themed drinking game in March. The posters, which included swastikas and mottoes of the SS, appeared around two weeks later at the school and were believed to have been placed overnight.

If convicted, Ziesmer could face 18 months in jail.