April Was First Month With No Israeli Terror Casualties Since 2017 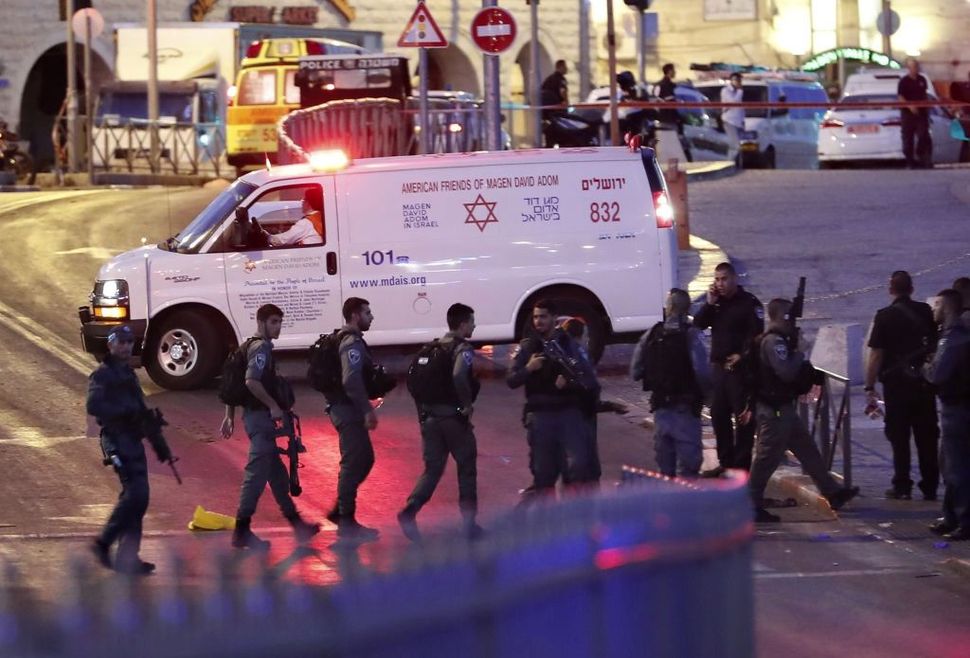 Israeli security forces and an ambulance are seen at the scene of an attack outside Damascus Gate in Jerusalem’s Old City on June 16, 2017. An Israeli policewoman was killed in the attack; security forces shot three suspected Palestinian assailants. Image by Getty Images

(JTA) — Terrorist attacks on Israelis more than halved over March last month, which was the first month in over a year with no casualties among victims.

The Israel Security Agency documented 126 attacks in April, compared to 308 in March, the agency said in its monthly report.

The previous month with neither fatalities nor injuries among victims of terrorist attacks was December 2017.

Earlier this month, however, four Israelis died as a result of heavy rocket fire from Gaza aimed at civilian populations.

On Wednesday, thousands of Palestinians protested against Israel near the border, where they staged riots. At least 65 people were injured in clashes with Israeli troops guarding the border, according to officials from the Hamas-controlled Gaza Strip.

April Was First Month With No Israeli Terror Casualties Since 2017