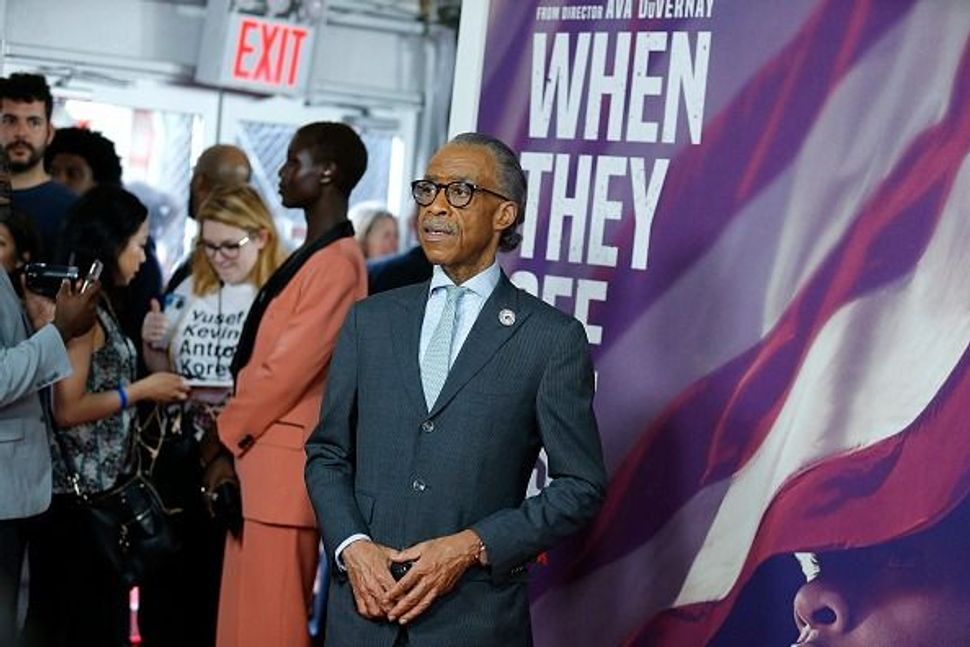 Civil rights leader Rev. Al Sharpton shared for the first time on Monday the story of when Coretta Scott King harshly criticized him for his part in the deadly 1991 Crown Heights riots, JTA reported.

Speaking at a conference in Washington organized by the Reform movement’s Religious Action Center, Sharpton didn’t directly bring up the riots, but recounted a conversation with Rev. Martin Luther King Jr.’s widow, who at the time called his language “cheap.” He said her criticism was perhaps the strongest he received.

“One of the things she said to me, she said, ‘Al, the purpose of our movement has never been to just get civil rights for us, it’s to protect and stand for civil and human rights for everyone,’” he recalled to the audience. “She said that ‘sometimes you are tempted to speak to the applause of the crowd rather than the heights of the cause, and you will say cheap things to get cheap applause rather than do higher things to raise the nation higher.’

He reflected on that moment: “All of the editorials and the cartoons, and all that have raised various questions in my controversial career, never really impacted me like Mrs. King, who I grew up [with] in that movement, that had a gentle but firm way of correcting some of my excesses.”

The Brooklyn neighborhood of Crown Heights erupted in violence after a car driven by a member of the Lubavitcher rebbe’s staff killed an African-American child. In a fiery eulogy at the boy’s funeral, Sharpton slammed “the diamond merchants right here in Crown Heights.” Riots ensued targeting Jews and their property; a rabbinical student, Yankel Rosenbaum, was stabbed to death in the violence. Three days later, he led a march through the neighborhood where marchers held anti-Semitic signs and burned and Israeli flag.

In the end, Sharpton said, black people and Jews have to come together in this divisive time under President Trump. “You cannot fight racism without fighting anti-Semitism,” he said.

The move to invite Sharpton was criticized by many in the Jewish community, including Rosenbaum’s brother, but was defended by the Reform movement. “There are many chapters in Reverend Sharpton’s life,” Union of Reform Judaism president Rabbi Rick Jacobs told JTA. “We are in a moment of urgency, and Reverend Sharpton has spoken up and has stood strongly with the Jewish community.”