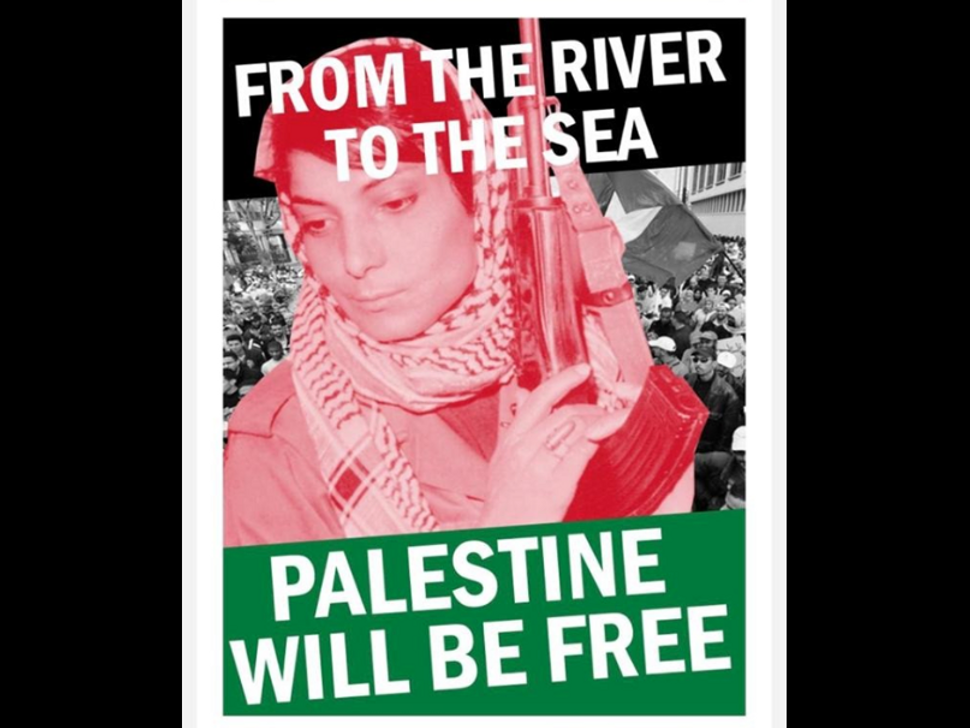 The Women’s Resource Center at San Diego State University apologized last week for including a photo of a Palestinian terrorist in its weekly newsletter, the student newspaper The Daily Aztec reported.

The photo featured airplane hijacker Leila Khaled holding a gun with the caption, “From the river to the sea, Palestine will be free.” It was featured alongside other photos advertising campus events.

The center, which issued a public apology to the Jewish community for publishing the photo. “The image and its implied framing are harmful and hateful toward members of our Jewish community and counter to our values of encouraging and promoting a safe, supportive and inclusive environment,” the center said, according to the Daily Aztec.

Hillel, the main center for campus Jewish life, wrote on Facebook that they were grateful to the university and the Women’s Resource Center for “dealing with this deeply troubling issue in such a timely matter.”

Khaled, a member of the Popular Front for the Liberation of Palestine terrorist group, hijacked an Israel-bound plane in 1969 and the following year was arrested after failing to hijack an El Al flight. She was eventually released in a prisoner-for-hostage exchange.

About 1,100 or 4% of SDSU’s 30,000 undergraduate students are Jewish, according to the Forward College Guide.