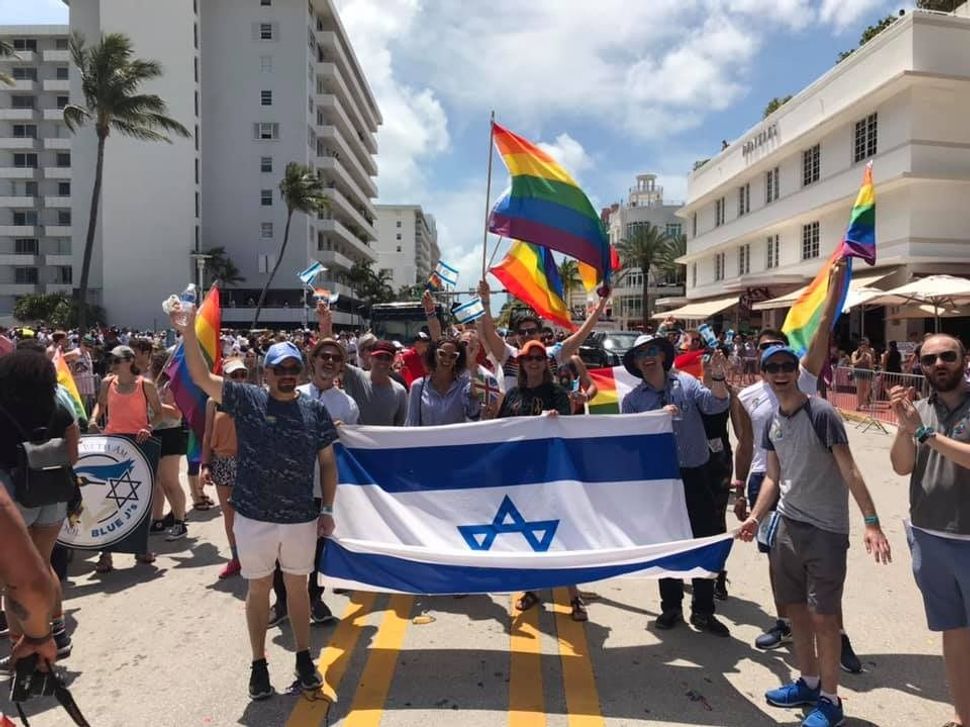 Israeli diplomats march in the Miami Pride Parade. Image by Israel in Miami/Facebook

An evangelical church near Miami postponed a pro-Israel event after the Israeli consul general in Miami participated in a rally supporting the LGBT community.

The incident, which took place at the beginning of May, highlights the delicate balance that Israeli diplomats need to maintain as they appeal to polarized constituencies in the United States.

In April, Israel’s consul general in Miami, Lior Hayat, took part in a pride parade near Miami, alongside other colleagues from the consulate. They marched with Israeli flags and rainbow flags with the Star of David.

The consulate posted pictures from the event on its Facebook page, with the caption: “They say it takes a village… and ours is a colorful, diverse, welcoming and proud family.”

Following the official Israeli participation at the event, a local pastor decided to delay an event honoring Israel that was supposed to take place at his church in early May.

The Foreign Ministry confirmed that Pastor Alberto Delgado, who leads the Alpha and Omega Church in Miami, “was worried that the Israeli participation in the pride parade will hurt the support for Israel within his community (especially in light of how close the two events were to each other), and decided to hold the event at a later date.”

“The consul general met with the pastor and clarified that the consulate represents all Israeli citizens and works with different constituencies. The pastor decided to hold the event towards the end of 2019, around the time that a group from his church is scheduled to visit in Israel,” the statement read.

According to the ministry’s statement, the pastor also attended a reception organized by the consulate for Israel’s Independence Day and both he and the consul general “consider the matter as closed.”