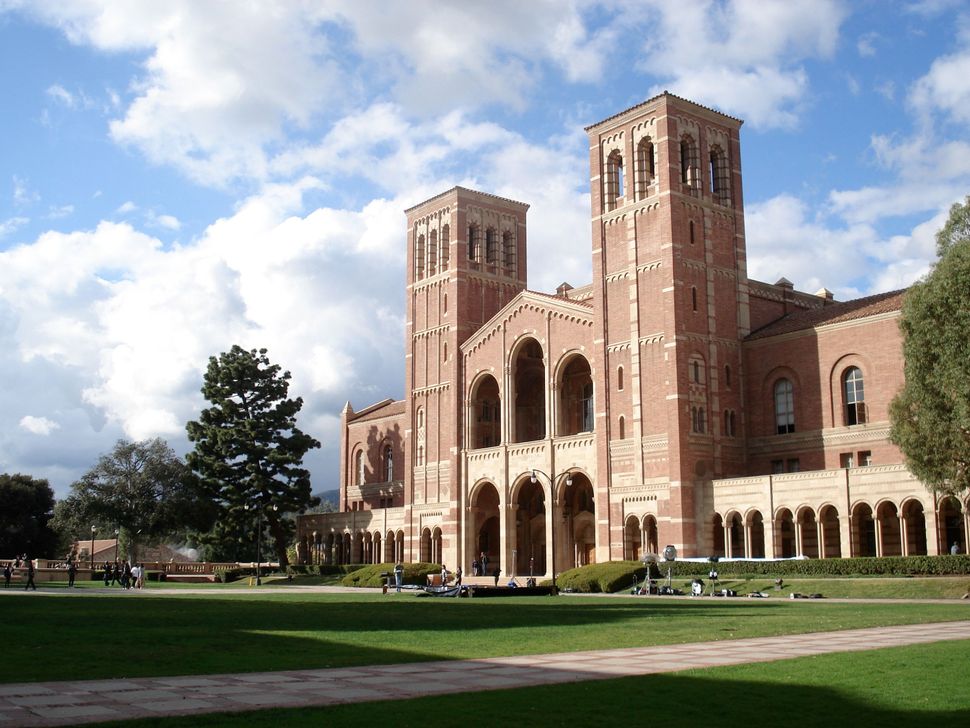 A guest lecturer appearing in an anthropology course at the University of California, Los Angeles called Zionists white supremacists and brought a Jewish student to tears, the Jewish Journal reported Tuesday.

Rabab Abdulhadi, a professor of Arab and Muslim ethnicities and diasporas at San Francisco State University, spoke to around 100 students during a mandatory lecture in UCLA’s “Constructing Race” class on May 14. Student Shayna Lavi told the Jewish Journal that Abdulhadi went from discussing Islamophobia into going on a “rant” about Israel, including “a claim that those who support Israel want to ethnically cleanse the Middle East and those affiliated with Israel and pro-Israel organizations are white supremacists.”

Lavi, who is Jewish, said she was confused because the Israeli-Palestinian conflict hadn’t been covered in the course before this. She went on to say that during the question-and-answer portion of the class, she told Abdulhadi that she was offended, but that Abdulhadi responded, “That’s your opinion but you’re wrong. I stand with Jews who do not support Israel and I hope that Jews will disalign themselves with white supremacy.”

Another student in the class, Viktoria Saroyan, said she was not Jewish but was so upset by the incident that she wrote to a UCLA vice chancellor, who forwarded her complaint to the Discrimination Prevention Office. “This was hate speech, there is no other way of classifying it,” she wrote in the email. “Watching an educator belittle a student to tears with such blatant ignorance leaves me to question the values UCLA wishes to uphold.”

Lavi and Saroyan said that the class’s professor, Kyeyoun Park, apologized for the lecture on May 16.

UCLA spokesman Ricardo Vazquez told the Journal in an email that students were concerned the incident “went beyond legitimate criticism of the State of Israel [and] into anti-Semitism. The University is committed to academic freedom as well as building an inclusive learning environment without discrimination and harassment. Senior leadership are aware of the concerns and are working together to learn more and to find a satisfying resolution.”

Abdulhadi was a keynote speaker at Students for Justice in Palestine’s national conference held at UCLA last November. After SFSU chancellor Leslie Wong apologized in March 2018 over continued allegations of Israel-related anti-Semitism at the school and said that “Zionists are welcome on our campus,” Abdulhadi wrote on Facebook that she was “ashamed” and called Wong’s statement ““racist, Islamophobic and colonialist.” She did not respond to the Jewish Journal’s request for comment.

More than 2,500 of UCLA’s 30,000 undergraduate students are Jewish, according to the Forward College Guide.