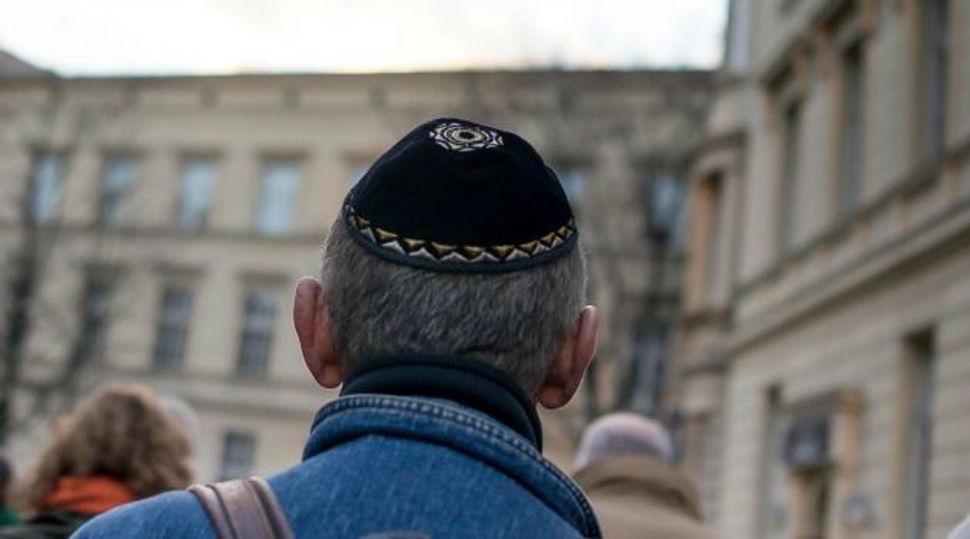 BERLIN (JTA) – Germany’s most-read tabloid, BILD, has printed a cut-out kippah for readers to wear in solidarity with their Jewish neighbors.

The publication follows controversial comments by Felix Klein, Germany’s commissioner on anti-Semitism, that he could not recommend that Jews wear kippahs in public at any time and place in Germany.

Klein told the Berlin Morgenpost on Friday that his concerns had grown amid a 20 percent rise in reported anti-Semitic crimes last year, which he blamed on increased “societal disinhibition and brutalization.”

Klein later told BILD that he wanted his comment to “shake up the situation and make it clear to the public that we have to act before it is too late.”

Josef Schuster, head of the Central Council of Jews in Germany, told BILD:  “It has long been so, that Jews in some large cities are potentially exposed to danger if they are recognized as Jews.”

Meanwhile, many Jewish leaders blasted Klein’s comment as a suggestion that Jews hide their identity in public. And BILD’s response echoed their concerns.

Under the headline “Show solidarity with your Jewish neighbors: Make the BILD-Kippah,” BILD commentator Julian Roepke said “If even only one person here can’t safely wear a kippah, then the answer can only be, we’re all going to wear a kippah.”

The item, a blue and white, Star-of-David-studded circle, comes with a religious explanation and instructions on how to cut it out and paste it together, ending with: “Place the kippah on the back of your head and attach it to your hair with a hair clip. Done.”

Meanwhile, Berlin Jewish community council member Mike Samuel Delberg, 29, announced on Facebook that he was planning to wear a kippah in public as of Sunday, even though he is not Orthodox and sometimes enjoys going out to party after attending Sabbath services.