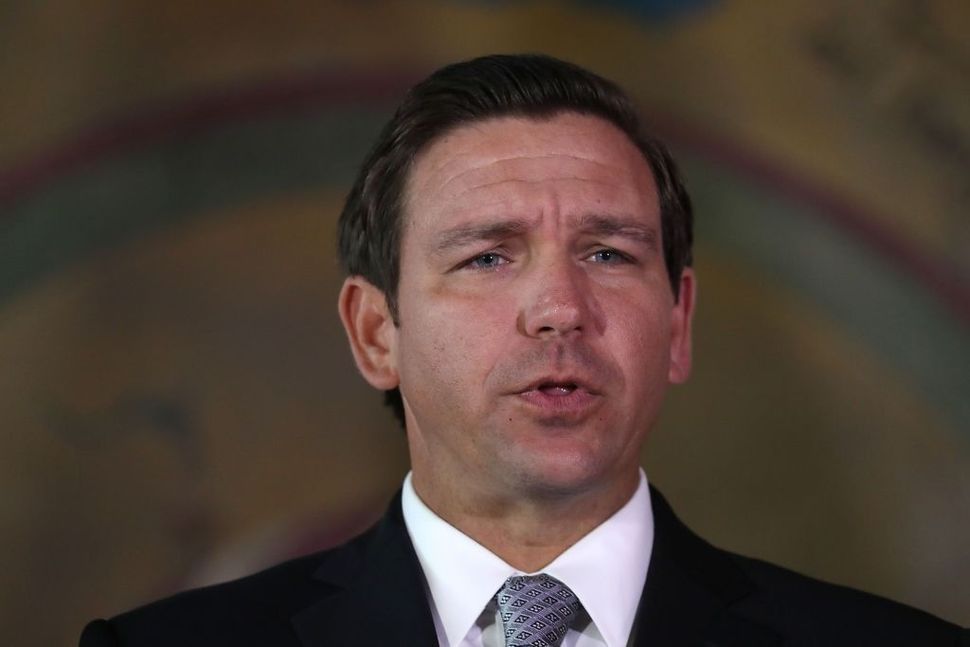 JERUSALEM (JTA) — An open-government watchdog group and several news outlets filed a lawsuit against Florida Gov. Ron DeSantis and members of the Florida State Cabinet over a meeting being held in Jerusalem.

The Cabinet meeting at the U.S. Embassy in Jerusalem was scheduled to be held on Wednesday afternoon.

The lawsuit said that the meeting violates the Florida state constitution and state open government laws which require Cabinet meetings be open and accessible to the public.

The meeting was to be livestreamed on The Florida Channel.

Judge Angela C. Dempsey of the Second Circuit Court of Florida on Tuesday denied an emergency motion to stop Wednesday’s meeting from happening, since DeSantis and the Cabinet members could not be served with a summons, according to Florida news reports.

Meanwhile, DeSantis on Monday said that “Holding a meeting of the Florida Cabinet in the embassy in Jerusalem, that is going to be a real neat thing.” He made the remark to members of the business delegation during a reception at the residence in Herzliya of U.S. Amb. David Friedman.

DeSantis and a 90-person state trade delegation arrived in Israel on Sunday. He has so far signed agreements on working with Israel and Israeli companies in space technology, agriculture, protecting water, and cybersecurity.

On Monday DeSantis visited Ariel University, becoming the first sitting state governor to visit the West Bank. During the visit he signed a Memorandum of Understanding between Ariel and Florida State University. Sheldon and Miriam Adelson, major donors to the university, were present during DeSantis’ visit.