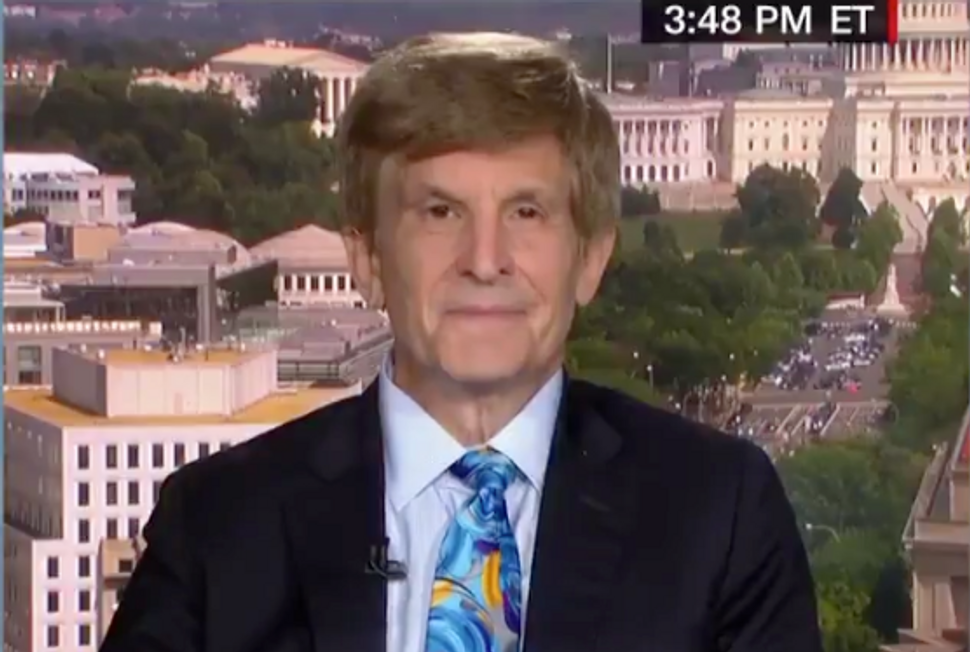 An American University professor has correctly predicted the last nine presidential elections — and says President Trump will win the next in 2020.

Allan Lichtman, a political historian, told CNN on Wednesday that the only chance for a different outcome is if Democrats were to impeach Trump. Following the release of special counsel Robert Mueller’s report, Lichtman said impeachment is the way to go.

He also said Democrats have to “grow a spine and do their constitutional duty.”

He tells @BrookeBCNN that Trump will win again in 2020 “unless the Democrats grow a spine and do their Constitutional duty, and move into an impeachment inquiry.”https://t.co/hOa1Jlgsdo pic.twitter.com/zv4XAk0ayc

Using his own system, Lichtman has been able to determine whether the party in the White House will last another term. The 13 “key factors” include incumbency, economic conditions and policy changes. Trump’s party will lose if it has six or more negative factors; right now there are only three.

A scandal would add a fourth, Lichtman, which could trigger other factors, potentially enough to defeat him.

The interview was Lichtman doubling down on the significance of the impeachment process — on Tuesday, he told CNN that “Democrats are fundamentally wrong about the politics of impeachment and their prospects for victory in 2020.”