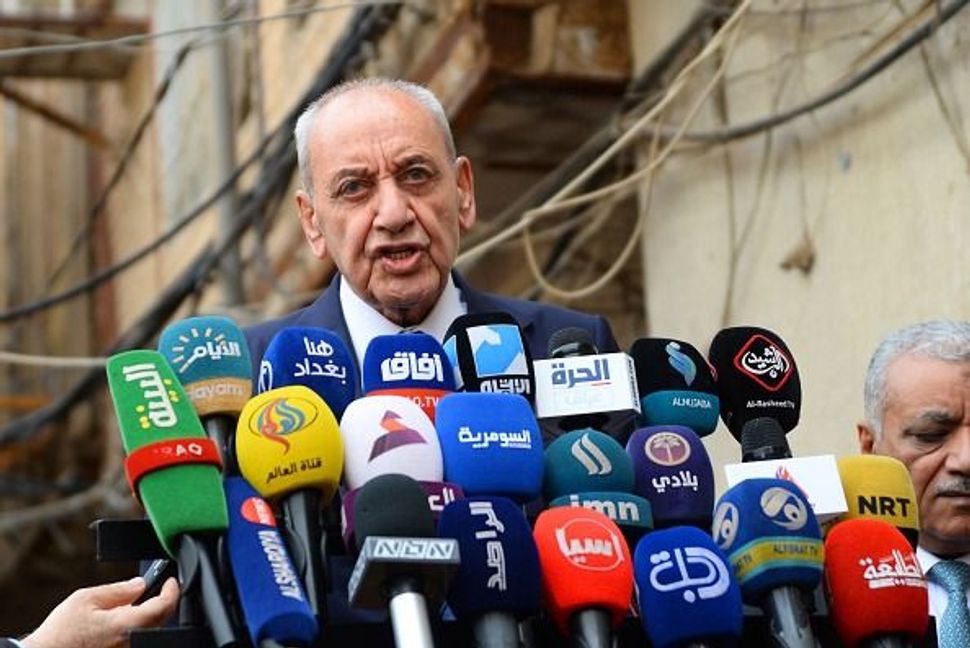 (JTA) — The speaker of the Lebanese parliament told an anti-Semitic joke during an interview and said Israelis love their land less than the Lebanese because they stay away from the border.

Nabih Berri, a leader of the pro-Hezbollah Amal movement, made the racist reference to Jews during an interview with the Al Joumhouria newspaper published Wednesday.

Asked why Israel agreed this week to a demarcation process of its naval border with Lebanon – a process with implications for Israel’s offshore reserves of natural gas – Berri replied: “Once someone asked, how do you recognize the Jew? This is the answer he got: If you see a pregnant woman, simply approach her and place a piece of gold on the ground. If the fetus jumps out of the mother’s womb and picks it up, you know immediately that it’s a Jew.”

In the interview, Berri also said that he told a delegation of American officials during a tour of the border area to note how close to the border with Israel villagers live and farm. That’s because, he told the newspaper, the Israelis “barely approach these borders and if they approach them, they come to infiltrate, because the land is not theirs.”

But, “On the Lebanese side, you will see with your own eyes how much our land is dear to us. You will see where we are, we build our homes, build them directly on the border, and we are not afraid because it is our land.”