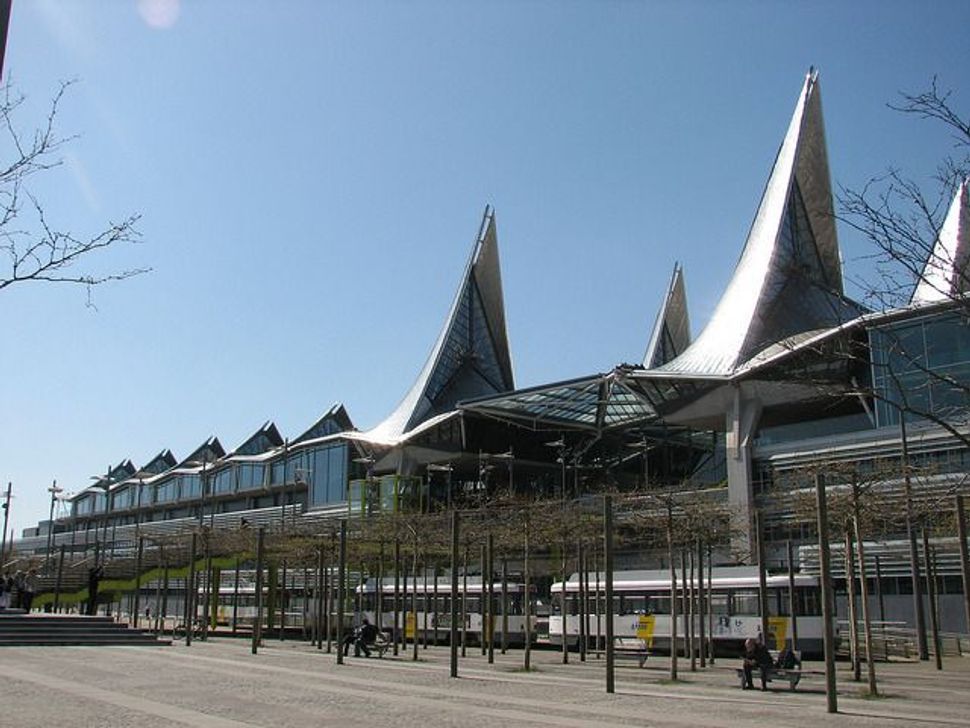 (JTA) — A non-Jewish Arab man wearing a kippah and carrying several concealed knives was intercepted by guards attempting to enter an Antwerp synagogue.

The 34-year-old Iraqi citizen was questioned by guards when he tried to enter the Romi Goldmuntz Synagoge in the Belgian city on Monday, during the holiday of Shavuot, the Joodse Actueel newspaper reported Tuesday. The man said he spoke neither Hebrew nor Yiddish but insisted he was a member of the city’s Jewish community, the report said, citing police sources.

The guards — members of the community’s Shmira security service — had approached the man with some suspicion because they saw him arrive on a bicycle, a means of transportation that few observant Jews in Antwerp use on Jewish holidays.

The man did speak good Flemish, the report said. The guards called police, who detained the man in for questioning.

“He came in wearing a hat and a kippah and pretended to be Jewish, but it was immediately clear to us he did not belong to the Jewish community,” one guard, who was not named, told Joods Actueel.

Attempts to gain access to synagogues, which are restricted to worshippers for security reasons, are common in Antwerp. But such attempts by men carrying knives are extremely rare.

Still, the incident may not have been an attempted attack, Joods Actueel wrote. The knives he carried were small, not much larger than the blade of a pocket knife, and the man seemed not entirely focused, the report said.