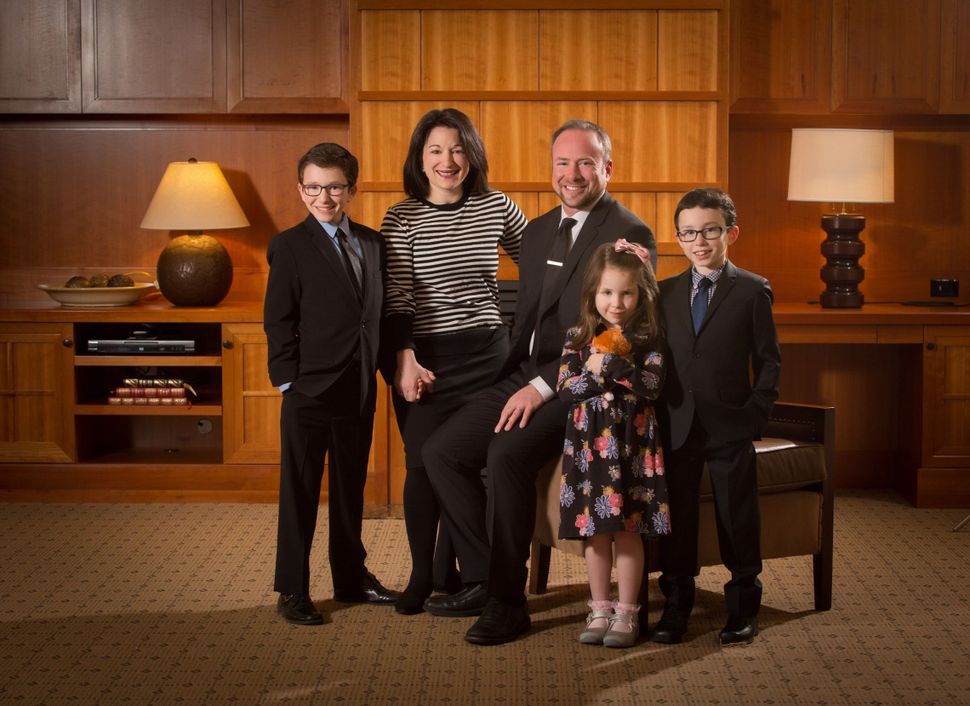 Ari Hoffman with his family

(JTA) — A Jewish candidate for Seattle City Council has been subjected to anti-Semitic threats on the online message board 8Chan and on social media.

Ari Hoffman, a married father of three, is one of nearly 50 candidates for seven of the nine council seats. The primary is scheduled for Aug. 6 and the general election is Nov. 5.

The original 8Chan post, first reported by the Middle East Media Research Institute, or MEMRI, identifies Hoffman and says he has an Israeli flag hanging outside his home. The post asks what should be done about him.

8Chan is an online message board that since its launch in 2013 has been a nearly lawless space for free speech, much of it hateful or dangerous, according to MEMRI.

MEMRI reported that the comments on the post included “violent calls to action in addition to nonviolent content.”

At least one comment called to kill Hoffman and to burn the flag. Another suggested throwing a Molotov cocktail at his home. Another comment features an ethnic slur about his son seen in a campaign photo. A nonviolent comment suggested that someone run against Hoffman and fly a Palestinian flag.

Hoffman has contacted police repeatedly about stolen campaign signs, and alleged that some two dozen signs were stolen from the yards of Jewish homeowners.

The American Jewish Committee has called on Seattle leaders to condemn the threats.

Hoffman, a graduate of Yeshiva University, is running on a conservative platform. He is a supporter of the NRA and is affiliated with the group Safe Seattle, which some consider an anti-homeless hate group, according to the local media.