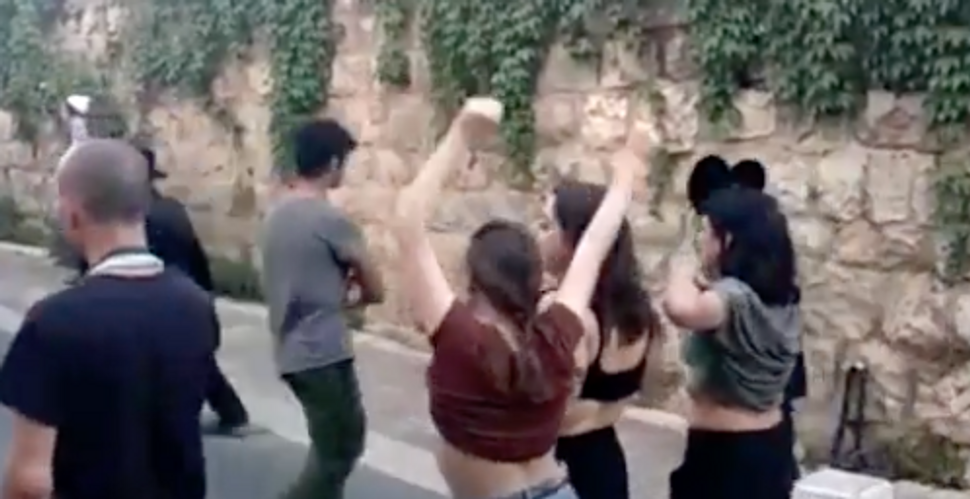 The wait staff at a Jerusalem cafe lifted their shirts to scare away a group of ultra-Orthodox men after dealing with weeks of protests, The Washington Post reported.

Bastet, a vegan and LGBT-friendly cafe, is open on Saturdays during the Sabbath, the Jewish day of rest. Each week, a group of ultra-Orthodox men walk by, condemning the decision by chanting “Shabbos!” the Yiddish word for the Sabbath.

The men left at the sight of the staff’s bras — looking upon them would go against Orthodox Judaism’s strict modesty rules.

A similar incident occurred in Jerusalem during the Eurovision Song Contest last month. Hundreds of ultra-Orthodox Jews clashed with police while protesting the decision to hold the final on the Sabbath. A small group of women counter-protested by taking off their shirts. The men took off right away.