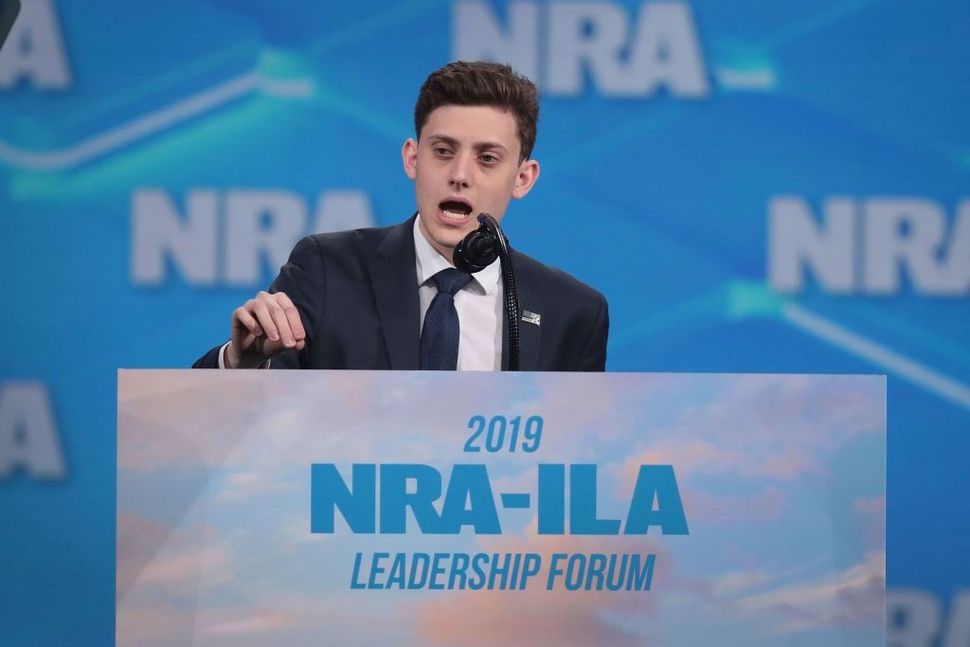 A survivor of last year’s deadly shooting at a Parkland, Florida high school who recently graduated said on Monday that Harvard College had rescinded his acceptance over racist comments he had made as a 16-year-old.

Kyle Kashuv, who is Jewish, has become an advocate for gun rights in the year since the attack on Marjorie Stoneman Douglas High School, angering many classmates who felt that gun control was the best solution to stop future shootings. He shared on Twitter on Monday a letter he received last month from Harvard’s dean of admissions and financial aid, William R. Fitzsimmons, asking him to explain recent reports that he had repeatedly written the n-word and other racial slurs in text messages and shared homework Google Docs before the shooting, when he was 16.

Kashuv had issued a public apology after the texts and documents were made public. “We were 16-year-olds making idiotic comments, using callous and inflammatory language in an effort to be as extreme and shocking as possible,” he wrote on Twitter at the time. “I’m embarrassed by it, but I want to be clear that the comments I made are not indicative of who I am or who I have become in the years since.”

Kashuv says he shared additional explanations and apologies to Harvard, but found out that on June 3 that his acceptance had been revoked over the school’s concerns with his “qualities of maturity and moral character.”

Ben Shapiro, the conservative Jewish pundit who had mentored Kashuv, tweeted that Harvard’s actions had set a “insane, cruel standard no one can possibly meet.”

There is precedent for Harvard revoking admission of accepted students, The Atlantic noted: In 2017, the elite university rescinded offers to 10 students who were found to be members of an anti-Semitic Facebook group.

Kashuv said he was still trying to figure out his future academic options. “I had given up huge scholarships in order to go to Harvard, and the deadline for accepting other college offers has ended,” he wrote. “I’m exploring all options at the moment.”