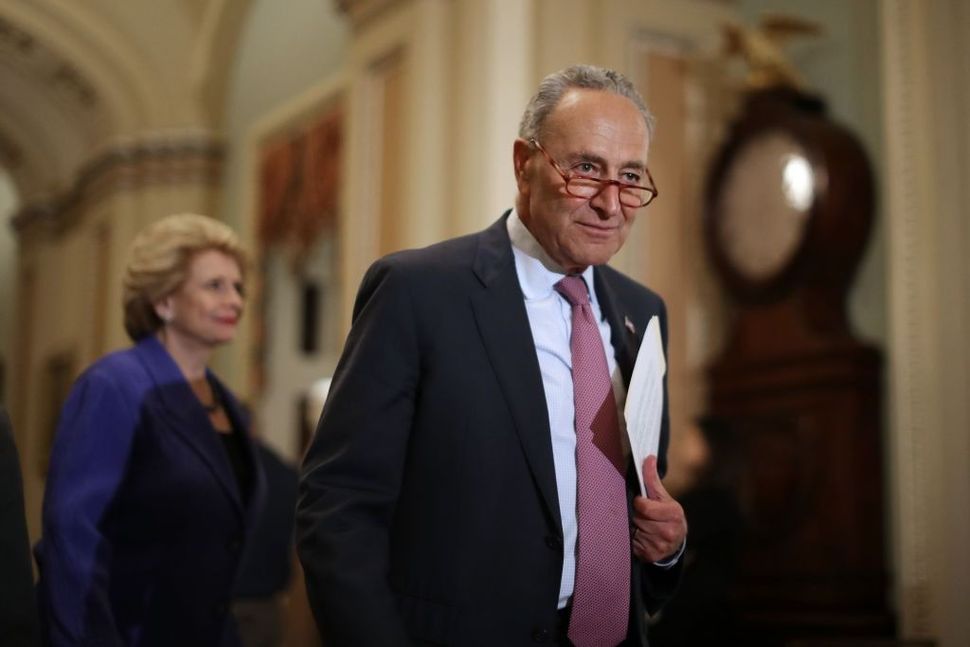 The self-help guru Keith Raniere used his influence over his followers to prey on women, including underage girls, a federal prosecutor said in the closing arguments of Raniere’s six-week trial.

“Even though his community members considered him a humanitarian, leader, mentor and guru, you saw him for what he was: a con man, a predator and a crime boss,” assistant U.S. Attorney Moira Penza said Monday, according to the Daily Beast.

Raniere is being charged with racketeering and sex trafficking. Former members of his group NXIVM have testified that they were forced to give Raniere compromising material on them, work as his unquestioning sex slaves, and even get branded with his initials.

Raniere was able to attract several prominent figures to his group, including heiress Clare Bronfman, who pleaded guilty in April to credit card fraud and harboring an undocumented immigrant who provided unpaid “labor and services.” Bronfman, who is Jewish, is required to pay $6 million of her $200 million fortune, and could face up to two years in prison when she’s sentenced in July.

Jurors also heard testimony that NXIVM members created a “list of enemies” whom they spied on, The New York Times reported. Among those on the list including Bronfman’s father Edgar Sr., a billionaire businessman and philanthropist who had publicly said he thought NXIVM was a cult.

A witness identified as Daniela testified last month that she hacked into computers to access years of Edgar Bronfman Sr.’s emails. Others on NXIVM’s enemies list about whom they acquired intelligence included New York Sen. Chuck Schumer and then-state Attorney General Eliot Spitzer, as well as reporters from the Albany Times Union, which had covered NXIVM extensively. An F.B.I. agent testified that most of the information NXIVM acquired was inaccurate, but still pointed to efforts to monitor potential targets.