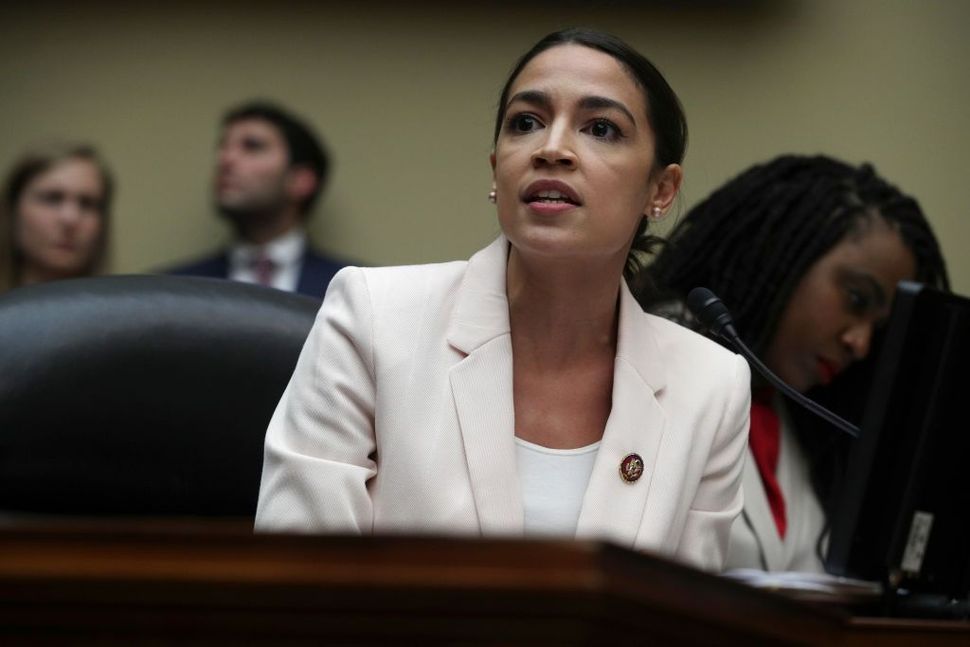 Rep. Alexandria Ocasio-Cortez (D-NY) speaks during a meeting of the House Committee on Oversight and Reform, June 12, 2019. Image by Alex Wong/Getty Images

“The U.S. is running concentration camps on our southern border, and that is exactly what they are,” the freshman New York Democrat had said Monday night in an Instagram Live video. “If that doesn’t bother you … I want to talk to the people that are concerned enough with humanity to say that ‘never again’ means something.”

She tweeted the same message on Tuesday.

On Wednesday, Yad Vashem responded in a tweet that included a link to its web page about Nazi labor and concentration camp.

.@AOC Concentration camps assured a slave labor supply to help in the Nazi war effort, even as the brutality of life inside the camps helped assure the ultimate goal of “extermination through labor.”

The congresswoman’s critics, mostly but not exclusively on the right, said Ocasio-Cortez has to know that using the term “concentration camp” invariably invites comparisons to the Nazis. And by doing so, they insist, she not only exaggerates what is happening in the detention facilities but belittles the ways Jews suffered when the Nazis turned their concentration camps into death camps.

A number of Democrats also weighed in on Ocasio-Cortez’s comment. New York Mayor Bill de Blasio called the comparison “wrong,” while Vermont Sen. Bernie Sanders said “I have not used that word.”

Meanwhile, Sen. Brian Schatz, D-Hawaii, did not seem to mind the comparison.

“Call it a concentration camp or call it something else. What’s happening on our southern border is moral stain on the U.S.,” he wrote on Twitter.