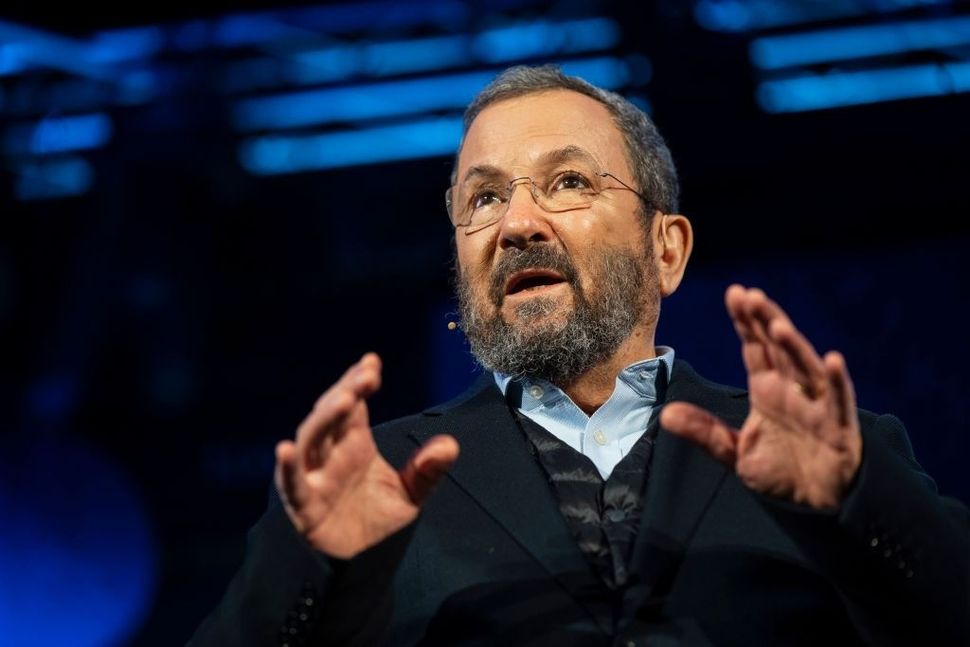 Ehud Barak, former Prime Minister of Israel, at the Hay Festival on May 27, 2018 in Hay-on-Wye, Wales. Image by David Levenson/Getty Images

At an evening news conference, Barak said he rushed to make the announcement to thwart Prime Minister Benjamin Netanyahu’s plan to cancel the Sept. 17 election.

“Netanyahu has reached the end” of his political career,” Barak said. “The Netanyahu regime must be felled.”

“Bibi, this is your last chance to go home of your own volition,” he said, using Netanyahu’s nickname.

Barak, who did not say what the name of his new party would be, was joined for his announcement by former army chief of staff Yair Golan and Kobi Richter, co-founder of Medinol and a peace activist. He reportedly plans to form a coalition with the Labor and Meretz parties.

Barak, 77, became prime minister in 1999, defeating Netanyahu following his first term. Prior to entering politics, he was chief of staff of the Israel Defense Forces. He retired from politics in 2001 after his defeat to Ariel Sharon’s Likud party.

In 2005, Barak re-entered politics with Labor and went on to serve as defense minister from 2007 to 2013, including four years when Netanyahu was prime minister. He retired again from politics in 2013. He is chairman of medical cannabis company InterCure Ltd.