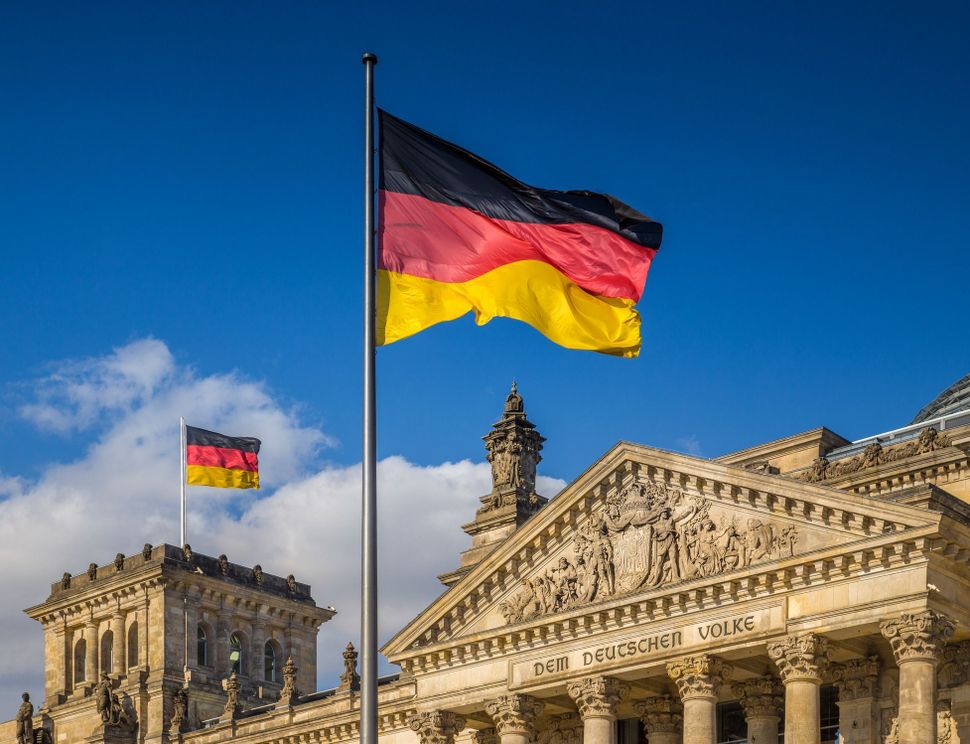 (JTA) — A Palestinian accused of killing a German man said he had targeted a “rich Jew,” a witness said during the murder trial.

The 31-year-old Palestinian man, identified in court as Iyad B., is accused along with an accomplice of strangling real estate investor Michael Reicher in November. The witness, a barber, said the accused said he had targeted a “rich Jew” whose people “destroyed my homeland,” according to a report in the local newspaper Shwartzwalder Bote.

The case is being heard in Horb am Neckar in the southern German state of Baden-Wurttemberg.

It is not clear whether Reicher, 57, is actually Jewish, according to the Jerusalem Post, which first reported the case in English. Reicher helped a local synagogue renovate its sanctuary and worked to assist Syrian refugees, according to the Post.

Iyad’s alleged accomplice was a Syrian refugee, Mohammed Omran Albakr, 28, who allegedly came up with the plan to attack and rob Riecher, with whom he had business dealings.

Iyad had not said anything to the witness about Reicher being killed as part of the attack. Reicher was ill with a lung condition.