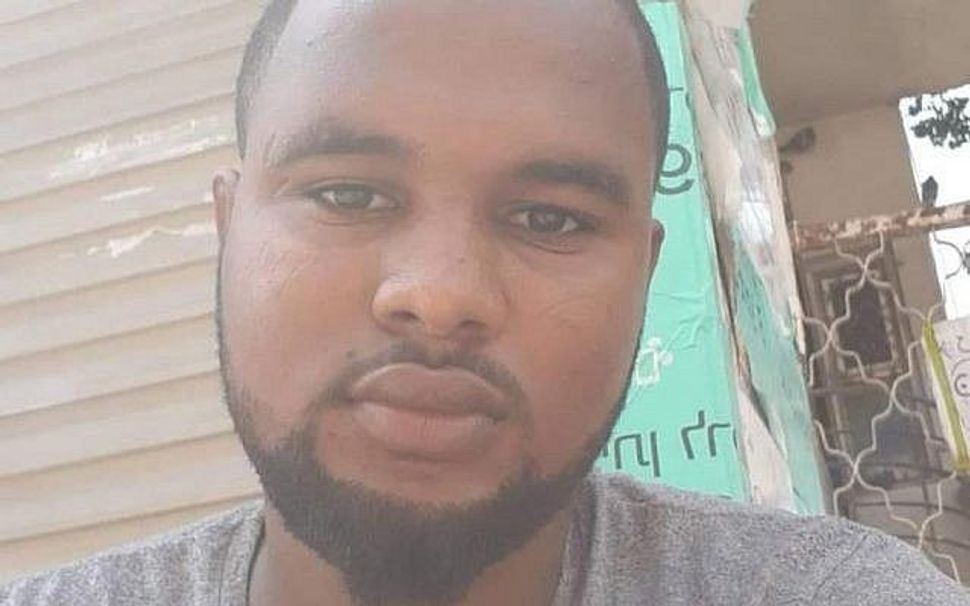 Ethiopian-Israeli Solomon Tekah who was shot dead by an off-duty policeman in Kiryat Haim on June 30, 2019. Image by Courtesy

JERUSALEM (JTA) — An Ethiopian-Israeli teen was shot and killed by an off-duty police officer who said he felt in danger after he tried to break up a street fight in a northern Israeli city.

Solomon Tekah, 19, was killed on Sunday night in Kiryat Haim, a suburb of Haifa. Eyewitnesses to the incident told the police and Israeli media that the officer was not in danger when he shot Tekah, according to reports.

The police officer, 33, who is suspected of manslaughter was arrested late Sunday night. He later was released to house arrest until July 15. His name is under a gag order due to fears for his safety.

The officer, who was walking to a local park with his wife and three children, told police that he aimed at the ground.

Police have opened an investigation into the incident.

Dozens of Ethiopian-Israelis protested in front of the Haifa police station where the officer reportedly is stationed on Monday morning.

Police have been accused of racism as well as alleged extra violence and brutality against Ethiopian-Israelis.

In January, thousands of demonstrators protested in Tel Aviv against police violence against Israeli-Ethiopians, following an incident in which police shot and killed Yehuda Biadga, 24, a mentally ill Ethiopian-Israeli man who police say charged an officer while brandishing a knife. Several protesters clashed with police at the end of the demonstration.

“Our children’s lives are less secure and the reaction of the community will be severe. This is because of the failure of the Israeli government and its branches, including the public security minister and the Police Internal Investigations Department, to deal with the situation,” she said.