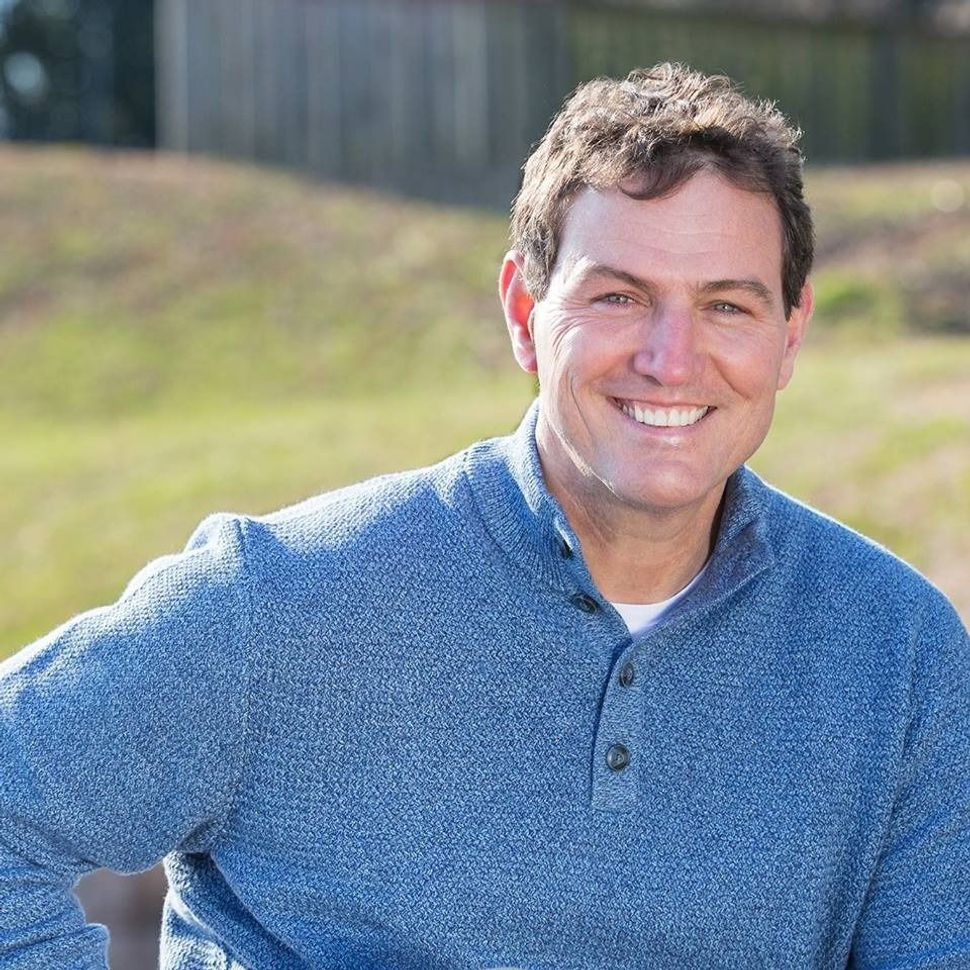 WASHINGTON (JTA) — A Republican running for the Virginia state legislature removed from his Facebook campaign page a meme that mocked comparisons of migrant camps to concentration camps.

Paul Milde, running to be a delegate in Virginia’s 28th district, encompassing the town of Fredericksburg about halfway between Washington, D.C., and Richmond, Virginia, on Saturday posted a photoshopped depiction of a mother enclosing her toddler daughter with a childproof fence in the living room of a comfortable middle-class home.

“Install your very own concentration camp in the comfort of your own home!” read the caption. “Too much! Lol,” Milde commented.

The living room TV features an image of Rep. Alexandria Ocasio-Cortez, D-N.Y., who has likened migrant detention facilities to concentration camps. Ocasio-Cortez has said she is not referring to Nazi-era camps, but to other detention camps that fit the description, including U.S. camps for Japanese Americans during World War II.

Eileen Filler-Corn, the Democratic minority leader in the House of Delegates, who is Jewish, blasted Milde, saying in a statement issued by the House Democratic Caucus that he “at once mocked the children at our border who are separated from their parents and are living in cages without soap or toothbrushes, as well as the six million Jews and five million others who died in concentration camps during the Holocaust.”

Filler-Corn told the Jewish Telegraphic Agency in an interview that the posted meme was “beyond the pale.” “I was shocked, I was disgusted, it’s anti-immigrant, anti-human and anti-Semitic,” she said.

Milde in an email to JTA said he posted the meme because Ocasio-Cortez’s comparison had offended him. He noted that he had removed the image and had posted photos from a 2014 visit to Nazi concentration and death camps.

“Having visited Buchenwald and Dachau in Germany, and Auschwitz-Birkenau in Poland, I learned what constitutes an actual concentration camp and the unimaginable horrors that took place there,” he said. “That is why I was profoundly offended when Congresswoman Ocasio-Cortez casually compared America’s handling of an immigration crisis she previously claimed did not exist to the Nazi’s crimes against humanity.”

“It’s irresponsible for a candidate for public office to trivialize the Holocaust survivors and veterans who liberated the camps and it’s also insensitive to the conditions on our southern border,” Halber said in an interview, referring to the migrant facilities.

Wilde, a former county supervisor, last month eked out a primary victory against the incumbent, Bob Thomas, attacking him from the right for not being aggressive enough in pushing back against abortion, rejecting Obama-era healthcare reforms and protecting gun rights.

Democrats have targeted the swing district, hoping to wrest the legislature from Republicans in the November elections.