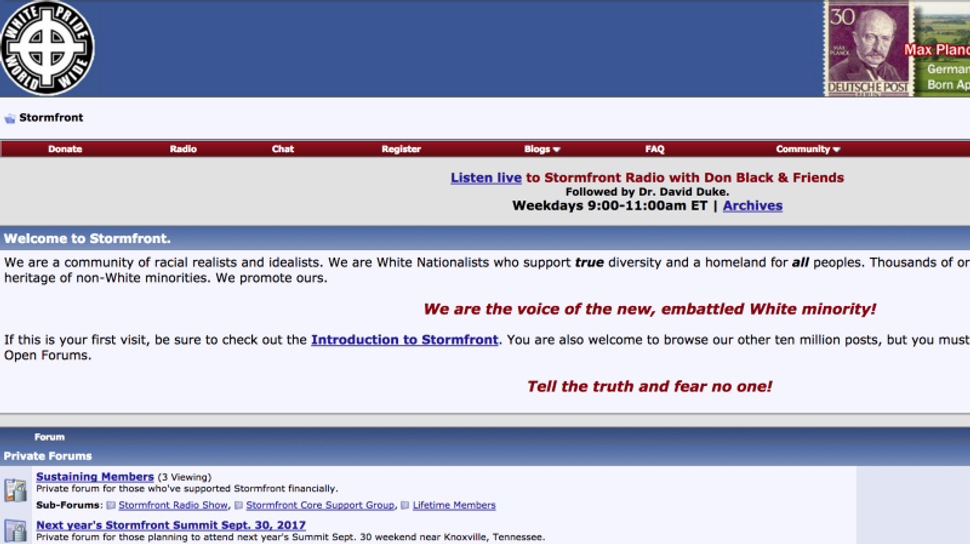 The Federal Bureau of Investigation said in response to a Freedom of Information Act request that it had lost many of its files on the neo-Nazi website Stormfront, MuckRock reported.

Journalist Emma Best filed a FOIA request more than two years ago for the FBI’s information on Stormfront, at one point the most prominent white supremacist website. After years of back-and-forth, the bureau finally responded with just 104 pages. The organization acknowledged that there were likely more files, but that they couldn’t locate them.

“For your information, a search of the indices of our Central Records System reflected there were additional records potentially responsive for your Freedom of Information/Privacy Acts (FOIPA) request,” the FBI said in their response. “We have attempted to obtain this material so it could be reviewed to determine whether it was responsive to your request. We were advised that the potentially responsive records were not in their expected location and could not be located after a reasonable search. Following a reasonable waiting period, another attempt was made to obtain this material. This search for the missing records also met with unsuccessful results.”

Best was skeptical after posting the exchange on Twitter. “To be clear: FBI claims this a lot,” they wrote. “My implication wasn’t that they lost it on purpose, just that they either didn’t look very hard or have an organizational system that would have Hoover spinning in his grave.”

On Stormfront itself, people were gleeful. “Maybe a pro-Stormfront FBI agent ‘lost’ the files on purpose,” one user wrote.