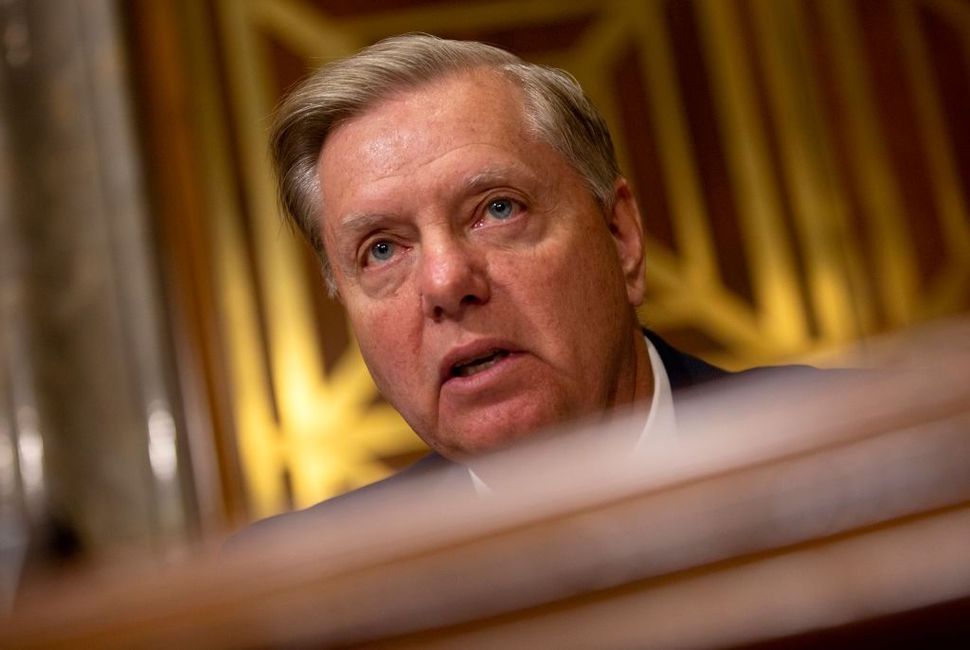 Sen. Lindsey Graham questions Kelly Craft, President Trump’s nominee to be Representative to the United Nations, during her nomination hearing before the Senate Foreign Relations Committee on June 19, 2019 in Washington, DC. Image by Stefani Reynolds/Getty Images

A one-state solution to the Israeli-Palestinian conflict is “dangerous” and “crazy,” Republican Sen. Lindsey Graham said Tuesday in Jerusalem, according to The Jerusalem Post.

Graham, a top ally of President Trump in the Senate and a leading Republican voice on foreign policy, said that a two-state solution, which would create an independent Palestinian state, was the only way forward.

“A one-state solution, is not sustainable. It is crazy. It will not work,” Graham said at a press conference at the King David Hotel.

“If you believe in a democratic, secure Israel [and] you absorb the Palestinians, they will eventually demographically outvote the Jewish state. So that does not work, if you believe in a democratic Jewish state like I do,” he continued, adding, “I will not invest a dime in a one-state solution. It is folly. It is dangerous… The goal is to find an acceptable two-state solution, that realizes that Israel is never going to do the Gaza thing all over again.”

President Trump has said that he would be fine with either a one- or two-state peace deal. The plan his senior advisor/son-in-law Jared Kushner plans to unveil later this year is not expected to include an independent Palestinian state.

Graham has emerged as one of President Trump’s most prominent public defenders, but the South Carolina senator has still criticized some aspects of his foreign policy, including continued close ties with Saudi Arabia after Crown Prince Mohammed Bin Salman reportedly ordered the assassination of Washington Post journalist Jamal Khashoggi.

Graham, a member of the Senate Foreign Relations Committee, also said at the press conference that he supported many other aspects of Trump’s Israel agenda, including moving the American embassy to Jerusalem and recognizing the country’s sovereignty over the Golan Heights.