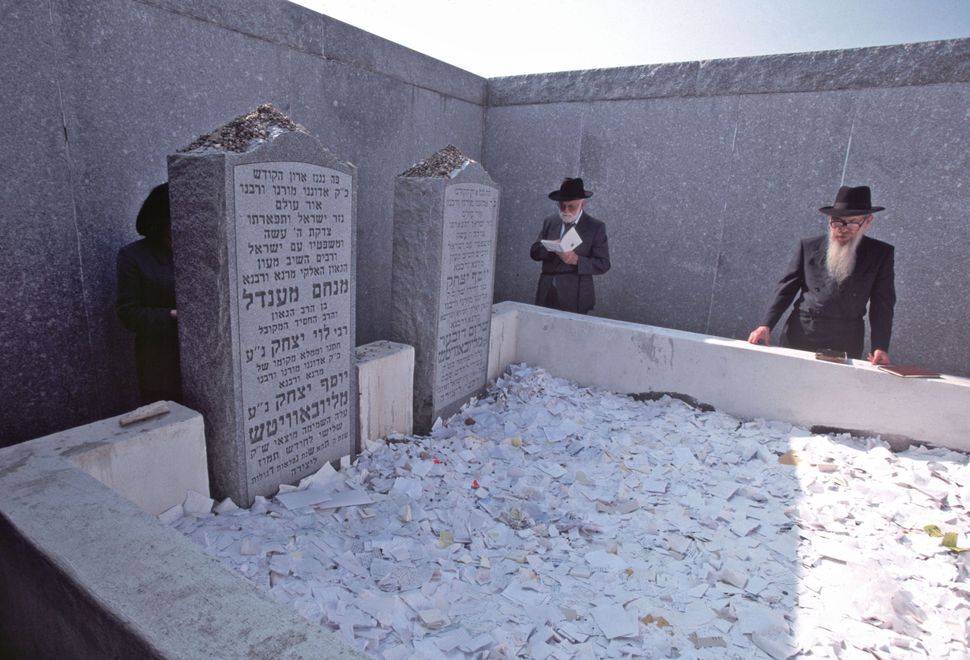 Visitors at the grave site in 1996. Image by Getty 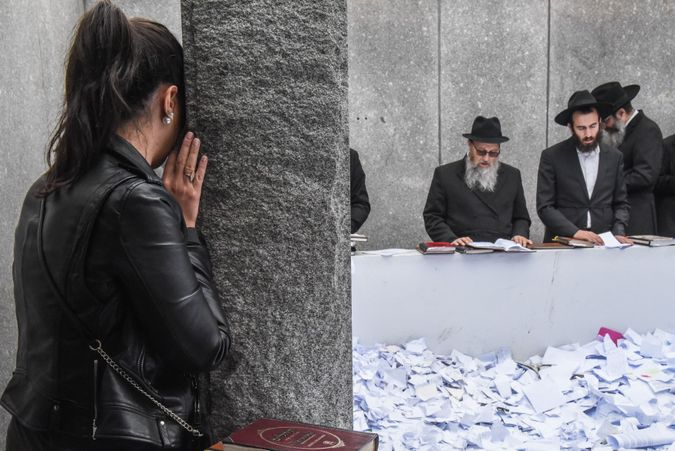 At the grave of Scheerson and his father-in-law, November 2018. Image by Getty

Saturday marks the 25th anniversary (on the Hebrew calendar) of the passing of Rabbi Menachem Mendel Schneerson, the last rebbe of the Lubavitcher Hasidic group and the leader of the world-wide Chabad movement. Ahead of his yartzeit, or death anniversary, his grave in Queens, New York, has seen large crowds over this past week, the AP reported.

The grave is an international landmark for people in the Chabad movement and many others for whom Schneerson is a spiritual and religious guide. It is located in a sprawling cemetery in outer Queens, bordering a quiet residential neighborhood. Schneerson rests beside Rabbi Yosef Yitzchok Schneerson, his father-in-law and the previous rebbe of Chabad.

The graves are rimmed by a stone wall, around which disciples and visitors pray and write notes, which they then toss into the middle. The notes pile up, creating a small sea of pleas, requests and messages of gratitude. 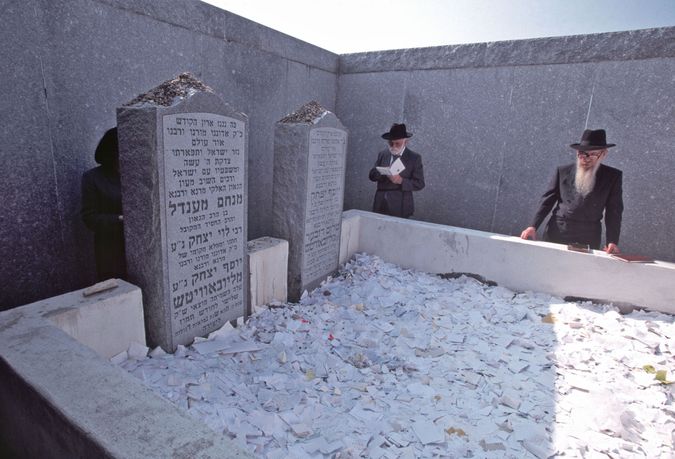 Visitors at the grave site in 1996. Image by Getty

“It’s not a tourist site,” Rivky Greenberg, 19, told the AP. “It’s very rare that people will come and not feel something.”

Chabad estimates that over 400,000 people visit the grave annually — 50,000 alone around the time of the anniversary. It is open 24 hours a day, six days a week.

Politicians have visited the grave as a gesture of goodwill to the Chabad constituency and on the eve of elections, for good luck — Ivanka Trump and Jared Kushner visited two days before the 2016 presidential election.

Chabad emissaries and other followers of the movement will frequently time their travels in New York City so that they can squeeze in a visit to the grave site, sometimes visiting in the midnight hours before going to the airport for an early morning flight.

To accommodate the crowds this year, Chabad has set up additional tends by the cemetery with air conditioning and refreshments.