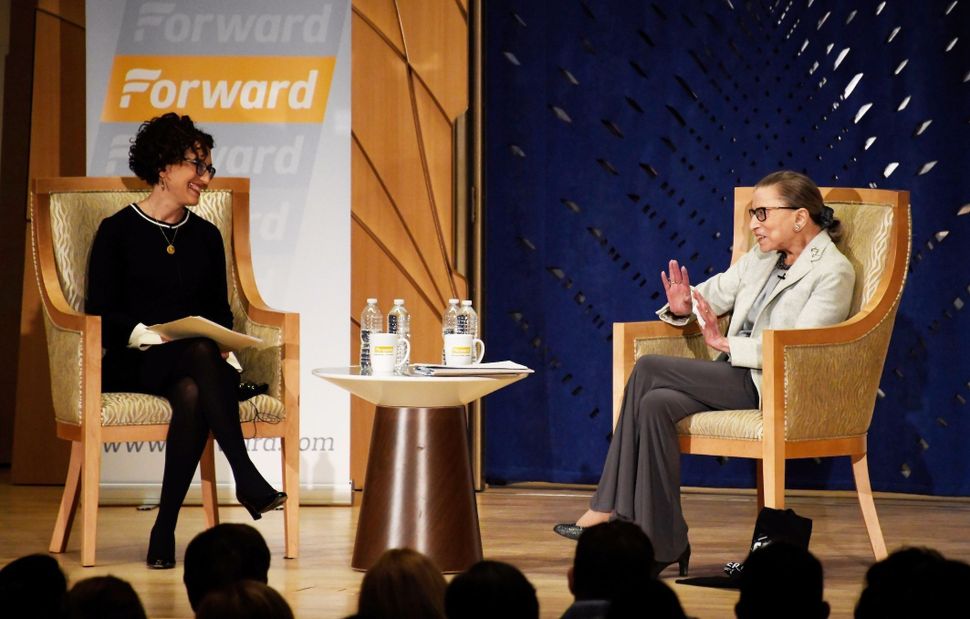 Jane Eisner, the Forward’s editor-in-chief for over a decade, has taken a new position as director of academic affairs at Columbia Journalism School in New York.

Eisner will oversee the graduate school’s Master of Arts programs, which offers specialized concentrations in the arts, business, science and politics.

“I’m working with superb faculty and terrific students to help shape the future of journalism,” Eisner wrote in a post on her Facebook page.

Eisner led the Forward towards becoming a digital newsroom during her 11-year tenure. Her own writing won numerous awards, including two Deadline Club awards and the David Twersky Award for Jewish Journalism, and she edited numerous award-winning articles and investigations. In February 2018, she interviewed Supreme Court Justice Ruth Bader Ginsburg in a live-streamed event in Washington, D.C.

Eisner led the publication until January of 2019, when she became a writer-at-large for the Forward during a broad restructuring.

You can read Eisner’s last essay as a writer-at-large for the Forward here.

Update, 3:28 p.m.: This version recasts the paragraph about Eisner’s departure to include context about the circumstances surrounding it and details about her subsequent role for the Forward.