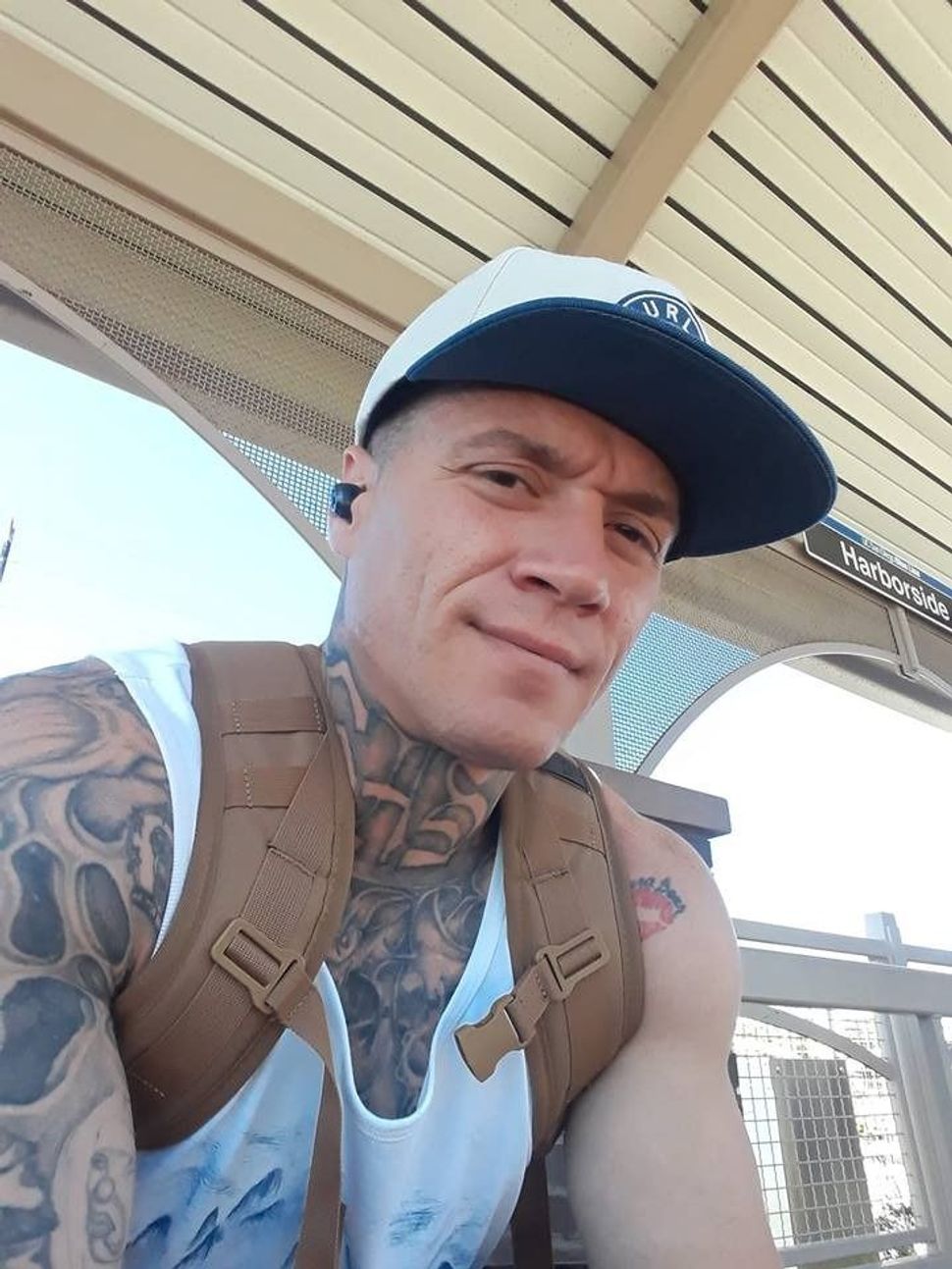 Rapinoe, who was a co-captain of the U.S. Women’s National Team and the top scorer in the 2019 FIFA Women’s World Cup, is known as a champion of not only soccer but also human rights. She is an advocate for LGBTQIA+ rights and equal pay for women, and she was among the first white athletes to follow the lead of Colin Kaepernick and other Black athletes and activists in kneeling to protest American racism.

Read more of the Forward’s reporting on white supremacy here.

Her brother, however, has a very different record. Brian joined a white supremacist gang while he was in prison for car theft and other crimes. His hands, sides, and legs were tattooed with Nazi symbols, including a swastika and lightning bolts. Brian explained them as an effort to become “an active participant in prison culture.”

Rapinoe said that she “thought [the tattoos] were horrible.” But, she added, “I could rationalize them: I understood that when he first got in there, he was searching for identity, trying to survive.”

According to the Anti-Defamation League, white supremacist prison gangs, some of which boast thousands of members, pose a serious threat to Jews and other American minority groups. White supremacist activity in general has increased dramatically in recent years.

Brian has distanced himself from Nazism and altered his tattoos so that they no longer mark him as a member of a white supremacist group. The swastika on his palm is now a spider’s web, and the lightning bolts are now part of a larger skull tattoo.

However, Brian has kept some tattoos, including a large neck tattoo that reads “SHASTA” — his home county. The reason? So that he can connect with teens in juvenile delinquency programs at risk of going to adult prison.

“These tattoos, it’s gonna get their attention,” he said. “It’s like, dude, you don’t think I know what I’m talking about?