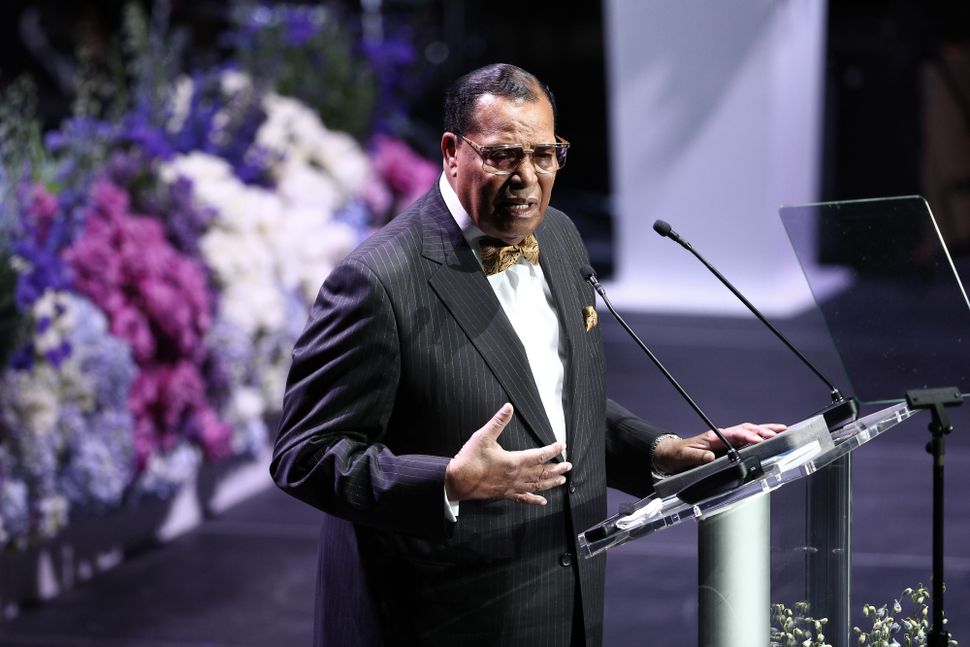 (JTA) — A 2018 tweet in which Nation of Islam leader Louis Farrakhan compared Jews to termites was no longer available on Twitter.

On Tuesday, the social media platform introduced new rules prohibiting “language that dehumanizes others on the basis of religion.” Twitter said accounts that had posted such tweets prior to the policy change would have to delete offending tweets before being able to post new ones. 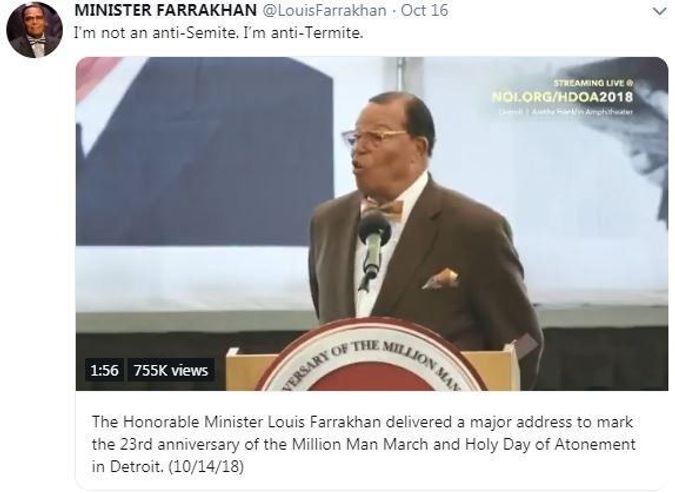 Farrakhan’s tweet was no longer available on the site as of Tuesday afternoon.

Last year the leader, who has a long history of making anti-Semitic and homophobic comments, wrote on Twitter, “I’m not an anti-Semite. I’m anti-Termite.”  The tweet linked to a video of a speech he gave marking the 23rd anniversary of the Million Man March, his 1995 rally advocating empowerment for black men.