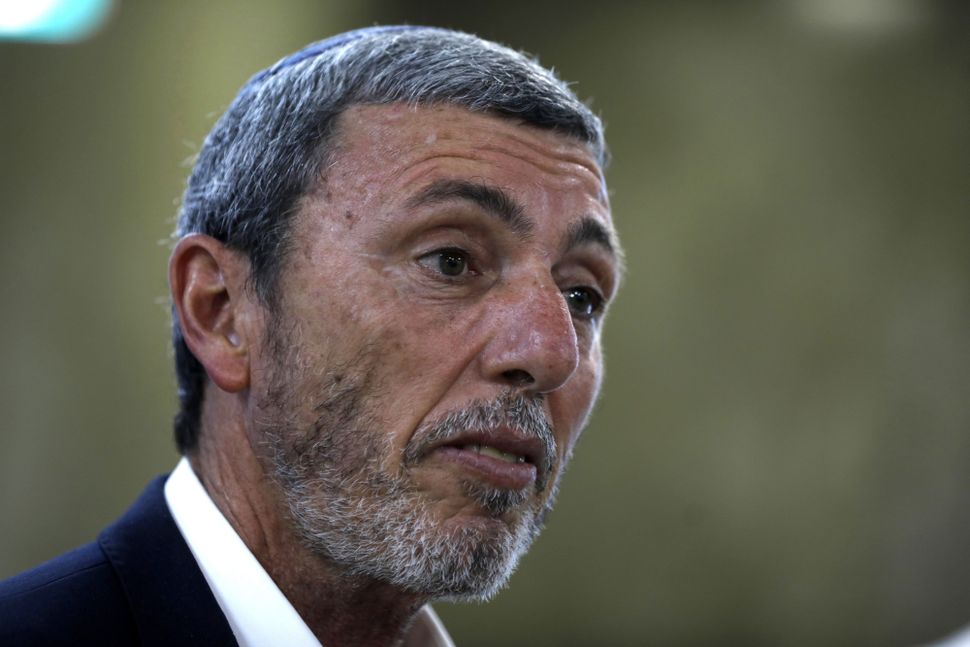 An Israeli Minister compared the intermarriage of Jews to the Holocaust, the AP reported.

The remarks came at a recent meeting of the Israeli Cabinet. Dennis Ross, the board chair of the Jewish People Policy Institute, and a former White House official, gave a briefing on trends among diaspora Jews. One of the most discussed topics was that of intermarriage, with particular regard to American Jews.

In response, Rafi Peretz, Israel’s Minister of Education and the leader of a religious right-wing political bloc, lamented the assimilation of American Jews, which he described as a “second Holocaust,” claiming that intermarriage in the past 70 years was responsible for the loss of “six million Jews.”

His comments were disputed by Minister of Energy Yuval Steinitz, who argued that “assimilation [is] not a critical problem,” and criticized the Cabinet’s discussion of American Jews, asserting that they must “stop disregarding and looking down on Jews in America,” and acknowledge those American Jews that identify principally as Jews “culturally and historically.”

Rates of interfaith marriage for American Jews have risen exponentially in the past decade, growing from 17% in 1970 to 58% in 2005. Despite the increased numbers, intermarriage remains a controversial subject among American Jews. Some fear cultural erasure, while others argue that opposition to interfaith marriages is discriminatory and racist. Comparatively, in Israel, all marriages must be approved by the Chief Rabbinate of Israel, which does not allow interfaith marriages. Israelis that do marry across religious lines must do so in other countries.