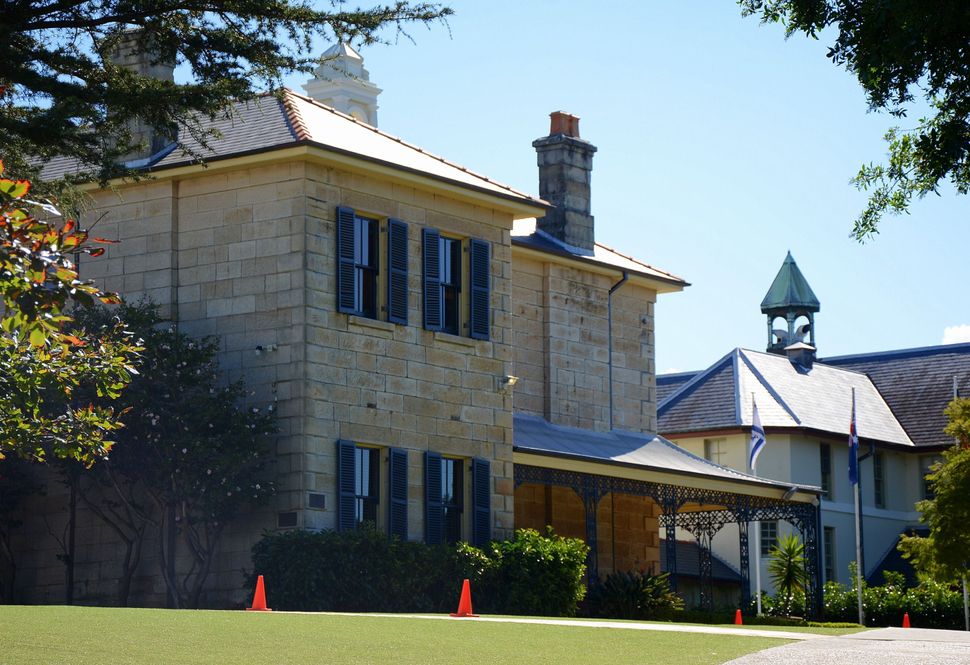 The Emanuel School in Randwick, outside of Sydney, Australia. Image by Sardaka/Wikimedia

A teacher at one of Australia’s most prominent Jewish day schools has been charged with four counts of child exploitation, the Australian Jewish News reported Wednesday.

Dean Kaplan, who has worked at the Emanuel School as a fitness instructor since 2016, was charged with two counts possessing child pornographic material and one count each of using telecommunications services to access and upload it.

The Australian Federal Police say they acted after receiving a tip last month from the United States National Center for Missing and Exploited Children about an Australian uploading images of child abuse. Authorities reportedly seized phones, laptops and storage devices from Kaplan’s home.

The school, based in the Sydney suburb of Randwick, has about 800 students. It says it dismissed Kaplan upon learning of the charges.

“Emanuel School takes the health and wellbeing of those students in its care extremely seriously,” the school said in a letter to parents. “The school is not privy to the full details of the charges, but the Australian Federal Police have assured us that the charges do not involve any current or former Emanuel students. There is no suggestion that any inappropriate activity occurred on school grounds or at school events.”