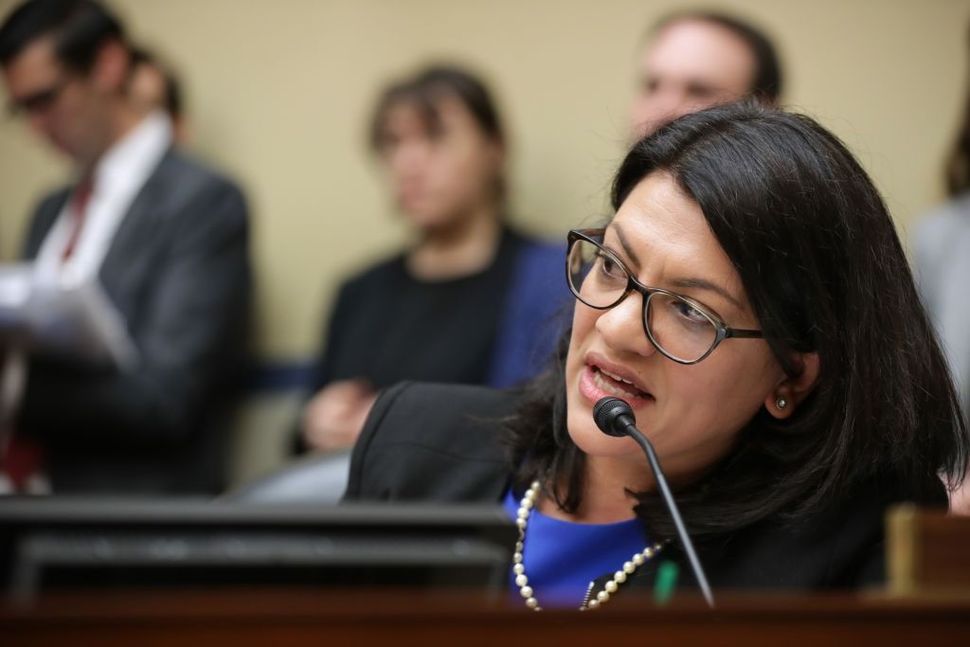 Rep. Rashida Tlaib’s planned congressional delegation to Israel and the West Bank is in jeopardy after the group organizing the tour dropped out, the New York Daily News reported Thursday.

A not-for-profit group called the Humpty Dumpty Institute, which describes itself on its website as being “dedicated to tackling difficult global and domestic issues,” had planned to handle logistics for the August trip, which it had done for similar junkets in the last two years. But executive director Joe Merante told the Daily News that they had to pull out due to scheduling conflicts.

A spokeswoman for Tlaib, the first Palestinian-American woman elected to Congress, told the Daily News she was “pretty sure” the trip would still be taking place.

Speaking on Thursday night at a congressional forum at the Capitol, Tlaib said she expected to visit the West Bank next month.

“My city [of Beit Ur al-Fauqa] is so excited that I am possibly going to come to see her next month,” she said, according to Jewish Insider. “She is so happy. And I am going to take my two wonderful boys… and they are going to meet their great grandmother. So I am really, really excited about that.”

Tlaib’s trip to the region is expected to take place at around the same time as an AIPAC-affiliated bipartisan trip, which are usually attended by several members of Congress and their spouses. Tlaib has vowed that her trip would show a different side of the Israeli-Palestinian conflict. So far, no other House members have confirmed that they would be joining her.