Rashida Tlaib’s Going To The West Bank, Inviting Other Politicians To Come With 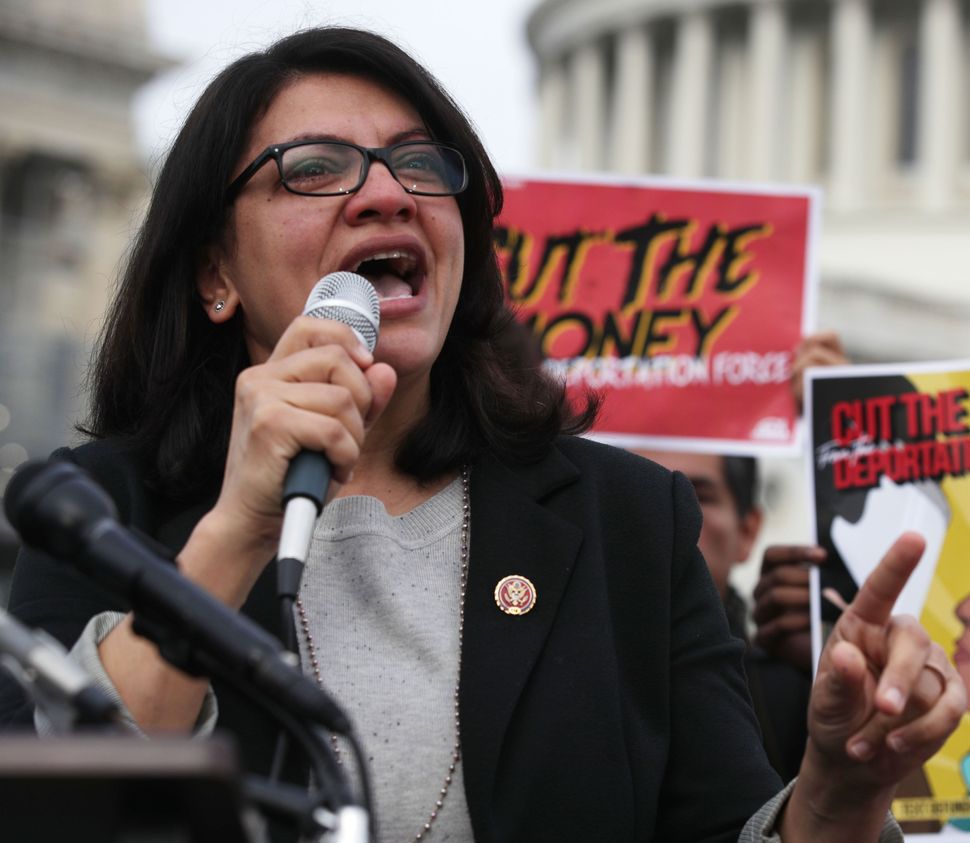 Rashida Tlaib at a news conference outside the U.S. Capitol in February. Image by Getty

U.S. Representative Rashida Tlaib (D-Mich.) is inviting members of Congress on a trip to the Palestinian Territories, and it could overlap with AIPAC’s planned trip to Israel, Jewish Insider reported.

The trip will take place in the middle of August, during Congress’ summer recess. That is typically the time when AIPAC’s trip to Israel, led by senior House representatives, occurs.

Tlaib, the first Palestinian-American woman in Congress, told Jewish Insider that the trip is meant to show “the human impact on Palestinians, and what an opportunity of value to have a sitting congressmember that has a living grandmother in the Occupied Territories.”

In March, Tlaib told the Detroit News that the trip would not be paid for with taxpayer dollars, and instead would be underwritten by the Humpty Dumpty Institute, a nonpartisan not-for-profit based in New York. The organization led a trip to the Palestinian Territories for lawmakers last year, and for congressional staffers in 2017.

The AIPAC trips are typically for freshman lawmakers and feature both Democratic and Republican tours, according to The Intercept.

Rashida Tlaib’s Going To The West Bank, Inviting Other Politicians To Come With