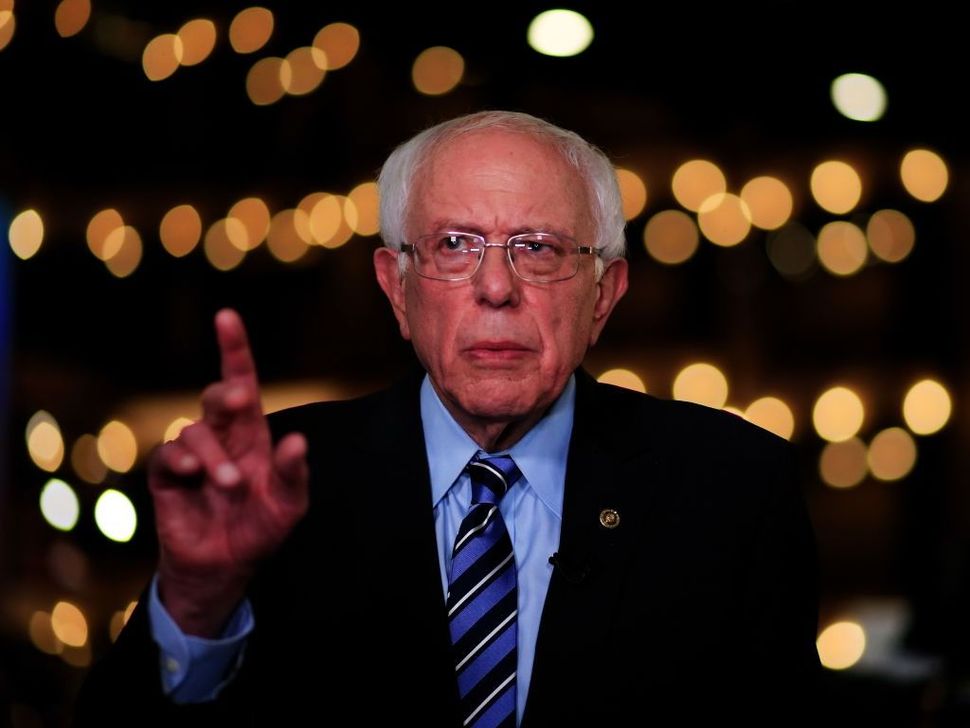 Sen. Bernie Sanders forbade his campaign staff from publicizing a visit he paid to the site of the Pittsburgh synagogue massacre in April because he didn’t want the visit to be seen as a “publicity grab,” The New York Times reported Saturday.

Sanders, who is Jewish, met with the rabbi of the Tree of Life Synagogue, where 11 people were killed in an attack in October. Sanders prevented his aides from announcing the meeting because he did not want to appear as exploiting the visit for political purposes.

Sanders has historically been reluctant to speak about his personal life, including his Jewish heritage and upbringing — but has grown more comfortable doing so in recent months, after being urged by campaign aides to speak out.

In a speech at a California mosque in March, Sanders recounted his childhood memories of learning about the Holocaust. “I never could understand why would people do such terrible and horrible things to people,” he said, according to the Los Angeles Times.

And in an interview published last week with the viral news outlet NowThis, Sanders said that being elected the first Jewish president would be “another barrier broken down.”